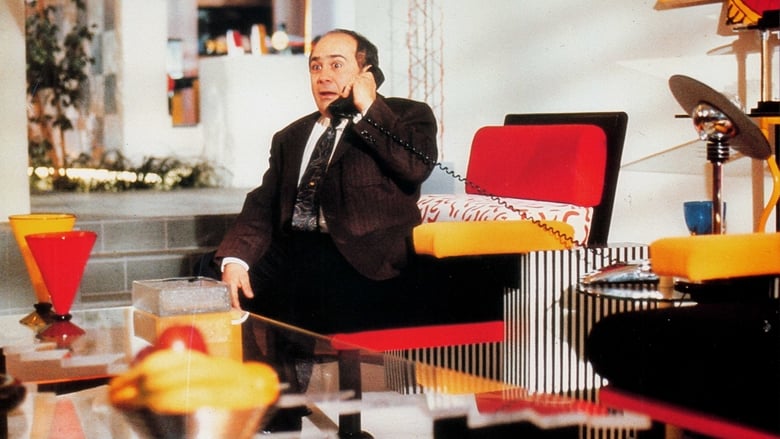 A lower middle class husband and wife team kidnap the wife of a wealthy spandex designer because he stole their idea for a mini skirt, leaving them virtually penniless after they confided their life savings to him. DeVito plays the wealthy a-hole of course, and he's real funny. The first reel of Ruthless People lives up to its name very well. Soon we meet the kidnappers who aren't as ruthless as they want fat cat to think they are. They have his wife and threaten to kill her if 2.5 million dollars isn't delivered in unmarked bills, but of course DeVito's character is thrilled because he hates his wife. His plan is to blow off the kidnappers in hopes they'll just kill her. Nice, right?

Although the movie shows its age, there is still plenty to enjoy. It's got some real zinger lines and the overall playfulness of the kidnapper story with an aggravated and blindfolded wife is something to see, especially because it's Midler being her usual manic and zany self.

If you like the 1980's movies for over the top or silly comedies, this one should hit the spot. It's directed by the same team who did Airplane!, except the slapstick is barely there. This works as a mostly ugly comedy, with ugly attitudes and money driven motives. However, the kidnapper story, which is half of the film, is decidedly less sinister, playing to the heart a bit more, if not completely sappy.