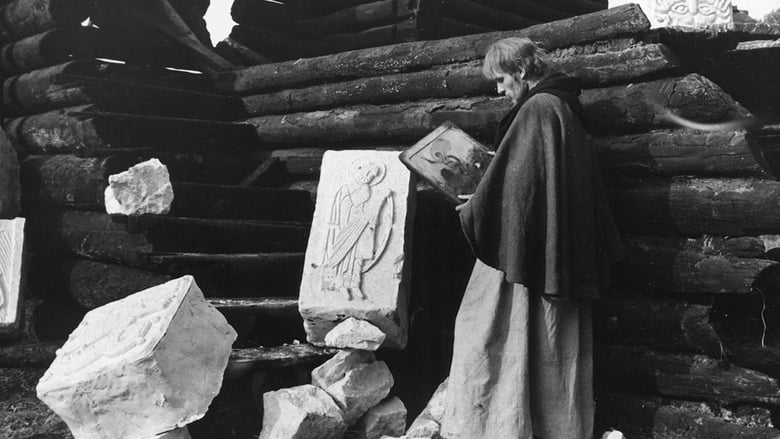 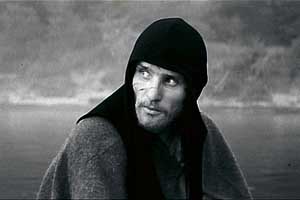 To me, this is Tarkovsky's masterpiece, but I realize that some members believe that the man can do no wrong. To me, that seems really weird. Tarkovsky went out of his way to make films which people could not understand on any basic level. If I could somehow magically understand everything which an artist goes out of his way to make sure that I cannot understand on first appearance, then I would have to think that I was some sort of Idiot Savant. Tarkovsky wants people to understand but I'd say it's impossible to understand most of his flicks without repetitive viewings and discussions with similar viewers. This film is about an artist who makes no art whatsoever during the film. It's also about a monk/iconographer who believes in beauty but is completely surrounded by ugliness, pain and death. Obviously, the film is full of contradictions and bizarre, unique visuals and characters. I watched the restored version. The claim was that the Criterion version added 20 minutes to make it go from 165 minutes to 185 minutes. I'll admit that the first time I watched this, long ago, it was 165 minutes, and this version included much more spiritual material, but it was NOT 185 minutes. It was actually about 198 minutes, and of course, the highlight of the film was the conclusion where the B&W film turned to color, and while some intense 2001-type soundtrack was playing, we can see the actual icons which Rublev painted. I easily found this the most moving Tarkovsky I've seen, but it's also incredibly repulsive in the way it shows how far Man truly is from God.
» More about Andrei Rublev
» More reviews of Andrei Rublev
» More reviews by mark f