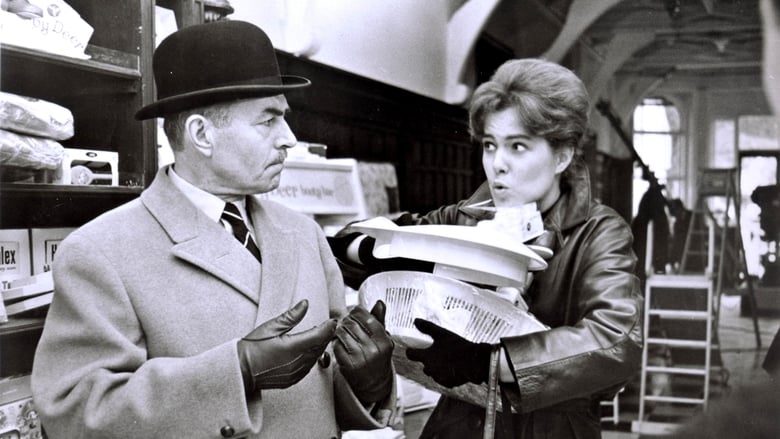 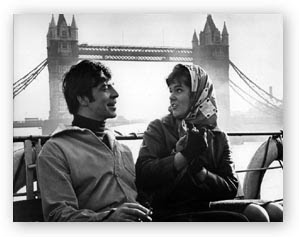 Georgy Girl starts out with the hit title song by the Seekers while we follow frumpy Georgy (Lynn Redgrave) walking down the London streets in search of something to give her life over to. She's got a lot of love to give, but since she's a "big girl", nobody takes her that seriously, except for maybe her rich "godfather" (James Mason), the boss of Georgy's Dad (Bill Owen), who has amorous eyes for Georgy despite repeated rebuffs. In fact, Dad and Mum (Clare Kelly) don't understand what Georgy is doing with her life, especially when she conducts music lessons upstairs at her parent's home. Georgy shares a flat with beautiful but bored young Meredith (Charlotte Rampling) who's pregnant again by her boyfriend Jos (Alan Bates). This time, Meredith wants to have the baby, but she and Jos are drifting apart and he starts to pay more attention to Georgy. Eventually what seems like a hopeless situation turns out in the end, although it's unclear how happy things will ever be. Lynn Redgrave is excellent in her Oscar-nominated performance and provides most of the film's heart and soul although Alan Bates can certainly be charming and has one outright hilarious scene of embarrassment towards the end. The Swingin' Sixties are certainly on display here, but deep down of course, Georgy Girl is actually something of an old-fashioned flick since the heroine is basically the only person in the film who always does the right thing. It's still very watchable but it's not as fresh or funny today as say, Alfie or Morgan!.
» More about Georgy Girl
» More reviews of Georgy Girl
» More reviews by mark f