This is one of those highly acclaimed classics, that somehow I'd never seen before...until the other night that is. I really knew nothing about it other than it was about a boxer, which is a plus as I usually like boxing movies. Right off the bat I see this is done in black & white, which to me is another plus. Then I realize this is about a real boxer, Jake LaMotta. Bio Pics set in period pieces is just the type of films I usually love.

So I should have loved this, but I was bored to tears. Say what you will about critiquing styles, ultimately for me a film works or not if it can hold me attention, and this didn't. I wanted to shut it off after 15 minutes but figured any movie this respected most get better, for me it never did. 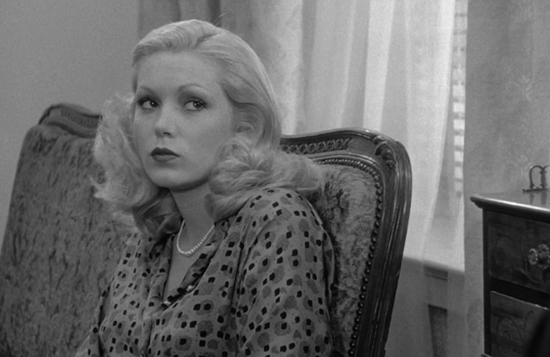 I didn't hate it, even worse I felt nothing, no emotions, zip. I've never been a fan of Robert DeNiro and here he didn't relay any emotions to me other than he was paranoid and even that wasn't really explored, not in any deeper way.

But maybe that's not his fault as Scorsese does his attempt at European New Wave cinema here, so I'd say the lack of story or character development is intentional on Scorsese's part.

To me it felt like I was watching parts of a movie with the connecting scenes gone. Snippets of a film...Jake's first wife disappears from the film without a trace. His second wife, reminded me of Kim Novak but without any of her inner qualities. She was the worst written & performed character in the movie. Joe Pesci was the best, he seemed inspired and alive. 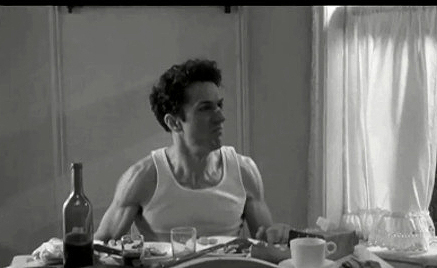 I expected some character arcs to take place with the dissolving marriage as the backdrop in which to show us how Jake's personality destroys everything...but that is never really done. Yea, I did get the idea of the film and what Scorsese was showing and it failed me.

I thought the boxing scenes were boring and usually those are the best part of a boxing film. The copious amounts of blood spraying out of the boxers head, reminded me of something from a Monty Python movie. I mean it's a nozzle spraying the entire audience, it's kind of funny, though I don't think that was the intention.