Spacehunter : Adventures in the Forbidden Zone 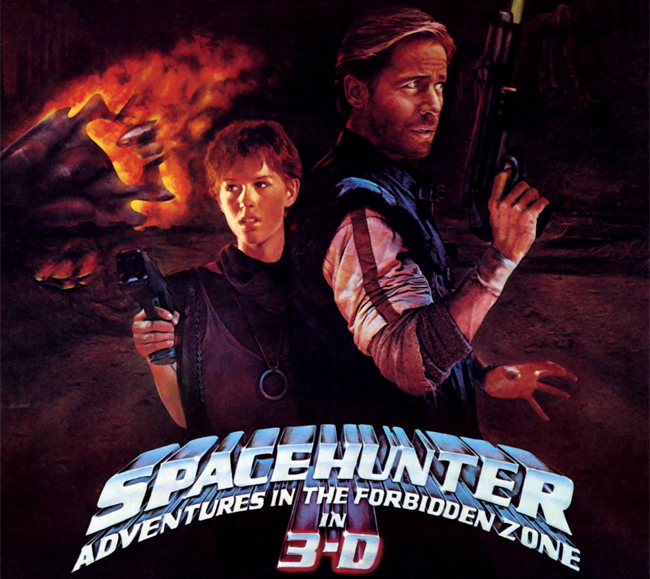 Despite starring a couple of cult-favourite actors, Spacehunter is a film that seems to have been largely overlooked. Part of the reason may be because it was originally released just days before Return of the Jedi, so to say it was overshadowed at the box office would be an understatement. Being an incredibly cheesy 80s sci-fi adventure flick with a healthy dose of Mad Max aesthetics, it does have a number of supporters, but nowhere near enough to call this film a cult sensation.

Spacehunter: Adventures in the Forbidden Zone follows salvage ship captain and occasional bounty hunter Wolff, played by Peter Strauss, as he ventures to the wasteland planet Terra XI in search of three women who crash landed there and have since be taken prisoner by the native population. Strauss has some occasional roguish charm whenever he managed to channel Harrison Ford with his line delivery, however Molly Ringwald's shrill, whiny screams sucked a lot of enjoyment out of the film for me, and gave me flashbacks of Kate Capshaw in Temple of Doom. 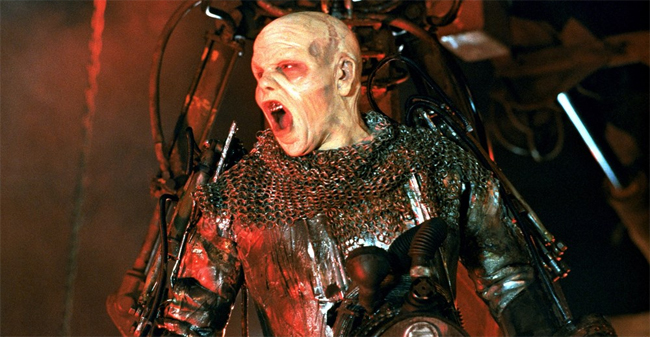 What initially drew me to Spacehunter was its visual style, and it is in that area where this film actually excels. The set design is great, with interesting Mad Max-styled vehicles and general landscape aesthetic, as well as a great use of practical effects. While the weird fat suits on some of the deformed creatures were horrible and rubbery looking, Michael Ironside's make-up and mechanical parts were really well done. Many of the shots and lighting were also visually appealing, but some awkward editing choices unfortunately detract from them more often than not.

As a whole, Spacehunter really is a mixed bag. The story and characters are not even remotely original, but their familiarity is oddly comforting. The dialogue is incredibly hammy at times but still mildly entertaining, and while the visuals are great, they are also rather derivative of other films. It was clearly never going to compete with the likes of Return of the Jedi, but it might put a smile on your face if you normally enjoy watching these type of B-grade films and know what you're getting yourself into.


Do you enjoy watching films like Krull, or The Ice Pirates? If your answer was:
“I don't even know what that is”, then probably skip this one.