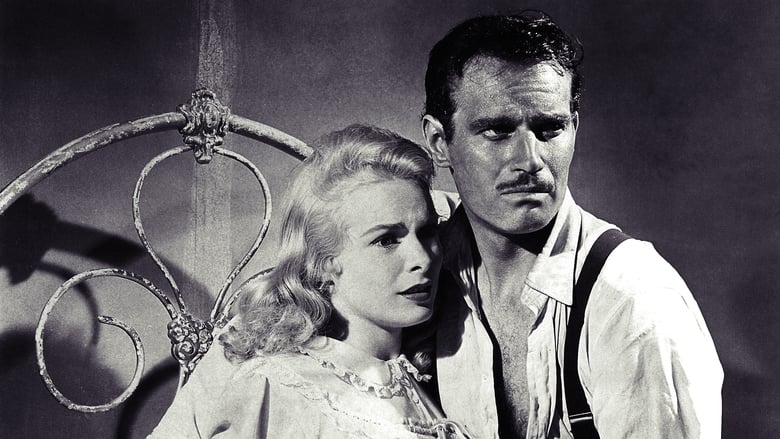 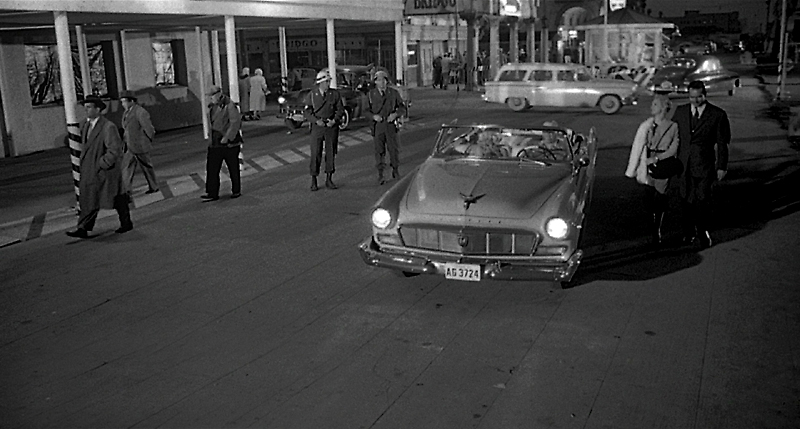 
Marlene Dietrich once said of her time working with the great Orson Welles, ''People should cross themselves when they speak of him''. Indeed, Orson was a genius and he shows his mastery of visual arts in his 1958 film noir, Touch of Evil.

The films opening sequences goes down in the annuals of cinematography as one of the great camera shots of all time. We, the audience, sees one long and uninterrupted tracking shot. Orson set the bar with this shot which latter would be duplicated by other film makers.

Originally Universal Pictures, the studio bank rolling the movie, wanted the film to be shot on a studio lot on constructed sets. But Orson would have none of that preferring to shoot in a real city. He decided to film almost exclusively at night, which gave him control over the production. Sadly, during post production editing, Orson was out of the country and so despite his objections, the film was cut up by the studio. A situation that ironically Orson complains about in the movie Ed Wood. 
With the sole exception of Citizen Kane, Orson's feature films would all suffer the same indignation of being hacked up by the studios, thus destroying much of Welles' film vision. And ultimately causing him to retreat from Hollywood, which robed us of what might have been a large canon of masterpieces by Welles.

Touch of Evil is a triumph for Orson Welles, thanks to a turn of events his film was restored to his vision in the 1998 cut. When Orson Welles initially discovered the studio had cut his film in his absences, he fired off a detailed 58 page memo on how he wanted the film to be edited. The memo was presumed lost until found to be in the position of Charleston Heston, years latter. Universal Studios in 1998 gave it's OK and the once cut up film was restored to Welles ideas, giving the boy genius his film back. 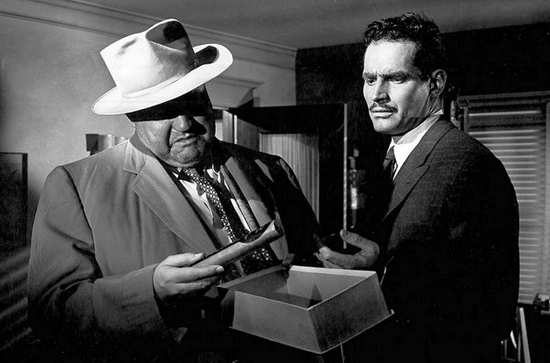 One of the hallmarks of Touch of Evil is the cinematic idea Welles adopted after watching (and being confused by) another great film noir, The Big Sleep. Welles once stated his goal was to infuriate the audience with a closed-lip plot. He does that by keeping the audience in the dark as he shows us the events as they happen and at almost real time. We go along for the investigation and are told nothing of the back stories of the characters we encounter. Mike Vargas (Charlton Heston) is our proxy and we are kept as clueless as he is at the start of the film. Only as he begins to discover the truth, do we. Welles extenuates that feeling by use of many closeups and low dutch angle camera shots, which makes us feel like we're a fly on the wall, listening in.

Welles chews the scenery in most films he appears in. Sometimes that doesn't work well, but like Kane, his characterization here helps give the film impact. I liked Charleston Heston in this, I think he makes a fine proxy for the audience as we go along for the ride at his side. Janet Leigh made a good victim! And woo hoo! we even get Zsa Zsa Gabor and the great Marlene Dietrich. I love Marlene's character in this film and she loved being in it and working with the master, Orson Welles.