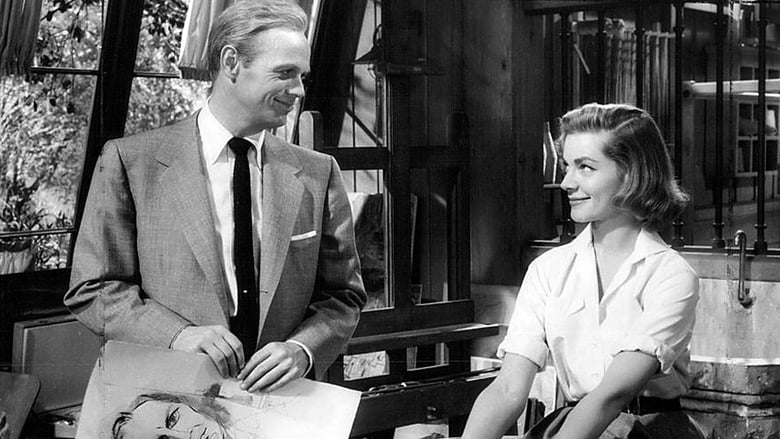 The Cobweb would have been James Dean's fourth movie had he lived. He was slated to play the young Steven Holt, a disturbed young artist who's a patient at the psychiatric clinic. The role went to John Kerr instead, the man in the above photo. Driving the car is a bruntte Gloria Grahame.

The Cobweb is a 1950's melodramatic soap-drama that follows the
loves, hopes and fears of doctors and staff of an upscale psychiatric clinic...where the patients are free to come and go as they please and seem more normal that the often neuritic staff. The patients have a series of issues from phobias and sex maniacs, etc and are aptly played by: John Kerr, Susan Strasberg, Oscar Levant. With an equally impressive star filled staff: Richard Widmark, Gloria Grahame, Lillian Gish, Charles Boyer and Lauren Bacall.

Based on a novel by William Gibson and directed by Vincente Minnelli with his usual flair for stunning sets and colorful decor. The movie unfolds in 1950's soap opera style, which works quite well as the characters are colorful and plenty. The plot revolves around a power play for who has the authority to order the new drapes for the clinic. Of course this is just a symptom of the internal politics and struggles between the business end and romance side of this film.

Stealing this movie is Gloria Grahame! If you're a fan of Grahame, watch this. Not only does she look spectacular as a brunette, she has a fire and prescience that makes every scene she is a stand out.