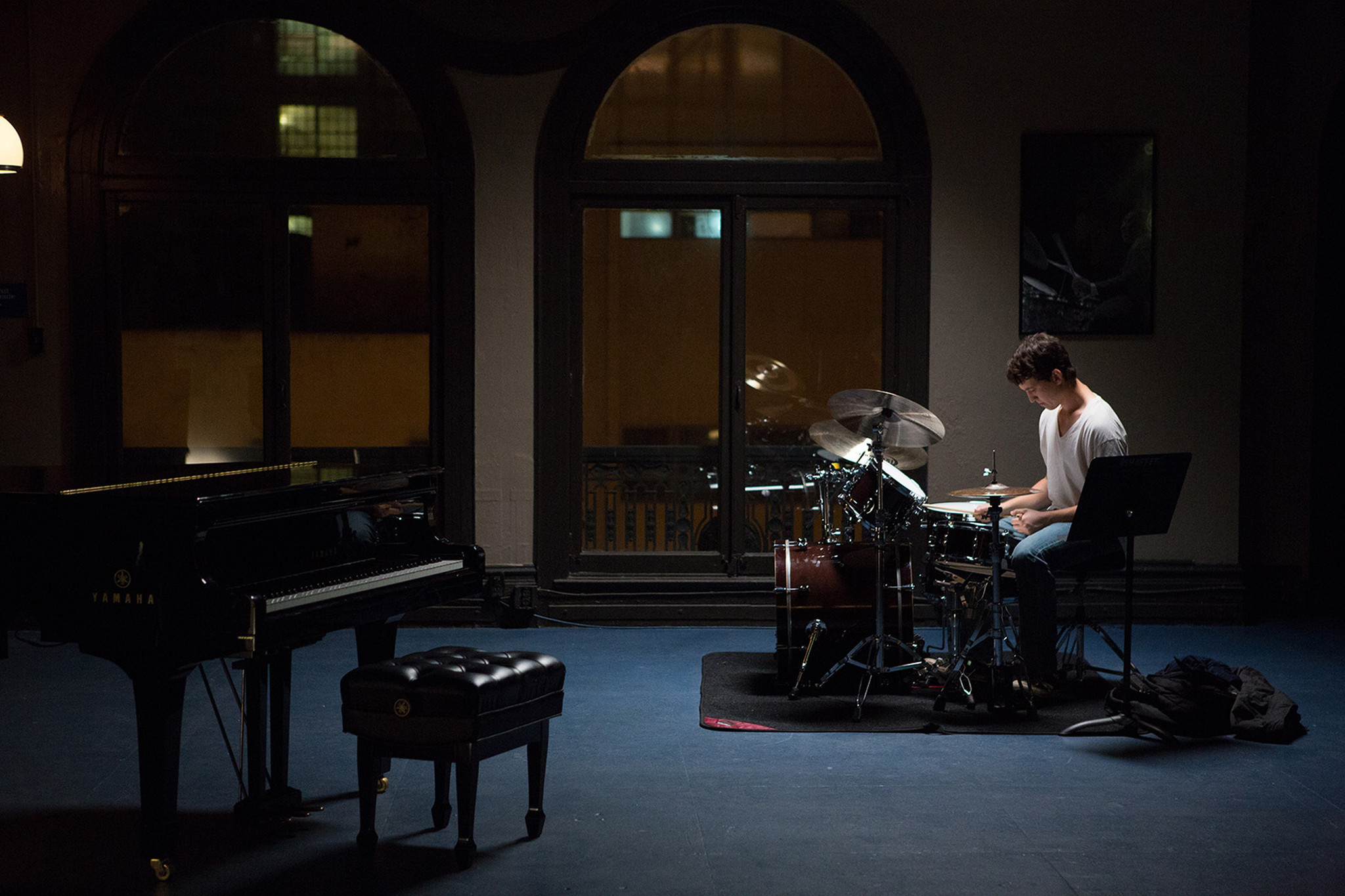 The film I felt deserved the academy award for best picture in 2014. One of the most intense films I've ever seen (much more intense than most action movies even). What's unique about how this film builds tension is that most films use big stakes to build tension and get you on the edge of your seat but this film it's tense but it's really personal psychological tension like there's no life or death scenarios (well he gets hit by a car but other than that) here's it's just tension from the mental battle between JK Simmons's character and Miles Teller's character (both of whom are great in the film but Simmons's performance is among the best I've ever seen) the teacher and the student in this war to achieve perfection.

The film is about the story of going after perfection, after genius, after excellence, no matter what. Teller's character wants more than anything to be a great drummer and JK Simmons wants more than anything to train the next great drummer and they're both pushing each other to their limits and beyond trying to reach that goal and it's clear that Teller's character is destroying himself going after this goal (and Simmons is destroying him too).

This film really puts into perspective the ideas of genius and how far is too far to achieve a goal and do the positive ends justify contemptible means. JK Simmons character is a psychological abusive *sshole of a teacher but he gets results, but at what cost. That's the question the film ultimately puts forward, is it worth it? And it's up to you as the viewer to answer that question and I think the answer really depends on what you value as a person. This film has stuck with me for months on end since I saw it more than a year ago and I've rewatched it once since.

The cinematography of the film is also just absolutely gorgeous and the entire look and style of the film just fits so well with the tone and the story. The music, as one might expect for a film about drumming, is fantastic as well and my hats off to everyone involved especially director Damien Chazelle who looks to be one of the next great young directors with another interesting project coming up with La La Land which could be a potential Oscar film (and I'm so excited to see it).

An instant classic and one of the most affecting and intense films I've ever experienced.