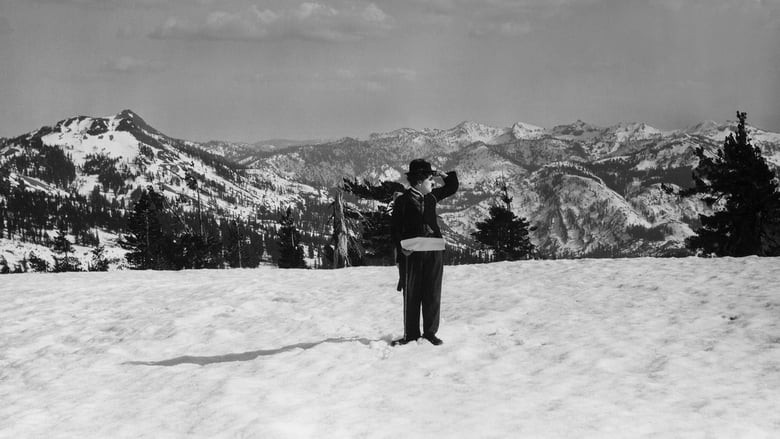 About: Charlie Chaplin's little trap heads to the Klondike in the frozen north, in search of gold and finds love.


Review: There's something joyous about looking back in time to an era so long gone. Silent films are a different form of artistry, the acting style is unique and so are the stories. Charles Chaplin once said that The Gold Rush was the one film that he wanted to be remembered for. I feel like it's important not to forget him or any of these great artist that were once so important to the world.

So much has already been lost, 75% of all silent films are gone...erased from history. The moments, the people, the images vanished into the ether. Occasional a lost film is found, but it's extremely rare. Of the remaining silent films, many are in storage and deteriorating. Sad.

At least we have this gem. I really loved watching The Gold Rush. All one has to do is watch Chaplin's face as he does the dancing rolls to know you're watching a very special artist.

Charlie Chaplin revised this film in 1942. The revision which was done by Chaplin himself. You can call it a Director's Cut.

For the 1942 version, Chaplin wrote the narrative and spoke the lines, giving a dramatic reading of them. In some ways it enhances the story, but it also takes away some of the subtleties of a silent film.

Chaplin also composed a beautiful music score for the 1942 version. Which really enhanced the movie over the 1925 version with the bouncy organ music (added to the DVD at a latter date of course.)

He cut two scenes from the 1925 version:

The scene where Georgia writes a love letter to the Tramp. The scene takes the focus off the Tramp, as it's mainly a close up of the letter being written by Georgia. When the camera pans up to the second floor of the dance hall, it shakes badly. Chaplin was a perfectest often doing many takes of a scene and I can image he was unhappy with it.

The second scene was the ending, which I won't spoil by talking about. I'll just say where the film was edited in the 1942 version is a better choice. The 1925 gives a brief comic epilogue but diminishes the emotional impact of the 1942 cut.

Regardless of what version you watch, The Gold Rush is a real treat.