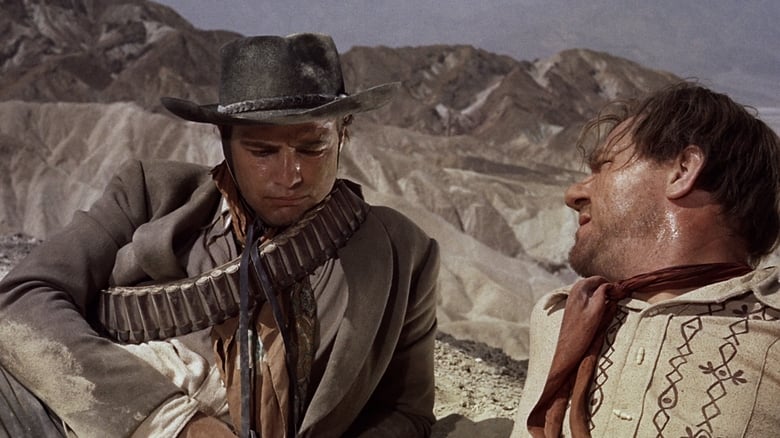 About (spoiler free): After two bandits rob a Mexican bank, the older bandit 'Dad' Longworth (Karl Malden) goes for horses and takes the stolen money with him. Leaving behind his younger partner, Rio (Marlon Brando) to be captured. Some years later Rio escapes from prison and seeks revenge on Dad who's now in California.

My thoughts: The opening scene jumped into the story with no set up and so I didn't know what was going on. The first 15 minutes are confusing. But when Marlon Brando and Karl Malden end up on top of a hill surrounded by the law...that's when the film got more interesting!

What sold me on One Eyed Jacks, was the second act when Brando ends up at Karl Malden's house and encounters the wife and daughter of his former friend. The tension between Malden and Brando was tense and done well. But for me it was the doomed romance between Rio and Louisa, that made the film so memorable.

Brando is great in this. He's the bad guy who's a no good liar and yet he's human enough for me to still root for his character. Karl Malden was also good at being subdued but powerful. What Marlon does with a furled brow and a sulk, Malden does equally well with a cold icy stare. Slim Pickens as the slimy bad Deputy, made for a really 'good' bad guy. And I even liked the wife of the Sheriff, Kay Jurado, who's also in the western classic High Noon.

I really liked Louisa (Pina Pellicer), she had this vulnerable sadness quality to her that made her memorable. I was saddened to learn that she died only a couple years after making this movie.