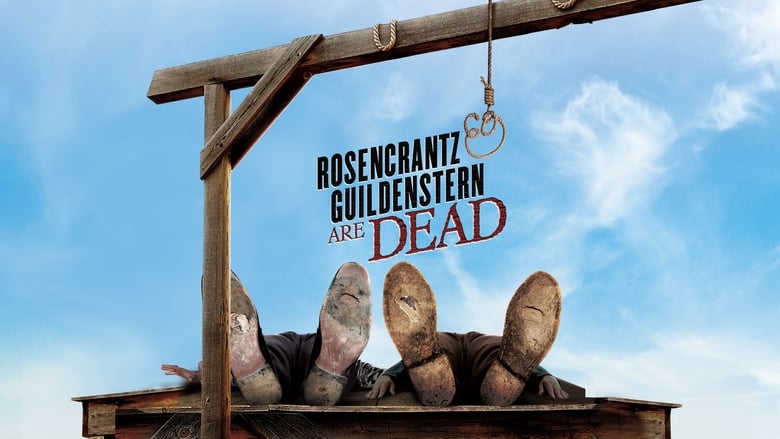 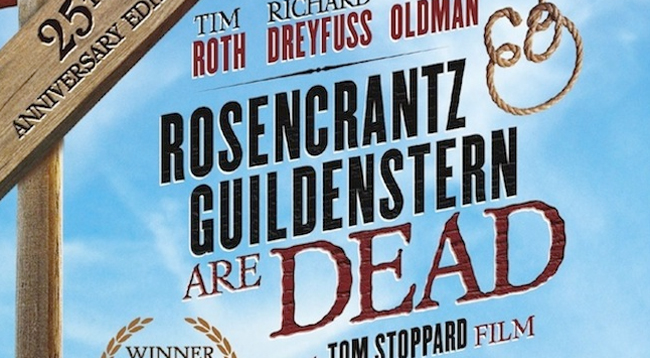 
Rosencrantz & Guildenstern are Dead, a film based on Tom Stoppard's absurdist play of the same name, follows the antics of the titular characters as they witness the events of Shakespeare's Hamlet unfold around them. In Hamlet, Rosencrantz and Guildenstern were summoned by the King in an effort to gather information about Hamlet's motives and to help determine whether or not the Prince was truly mad. Ultimately they were minor characters who had no real agency within the plot, so at face value a story with them as the lead characters seems rather odd.

However with the point of view reversed, we're treated to a quirky narrative where the characters are vaguely aware of their pointlessness and inability to control their own fate. Since they are not present when key moments of the Hamlet story occur, they are forced to wander around, lost, as major changes happen for seemingly no reason. Even though the film focuses on their perspective, they are still largely ignored by everyone else and treated as a single unit instead of as individuals, with the other characters unable to distinguish between the two of them. In a comedic fashion, even Rosencrantz and Guildenstern themselves have trouble remembering which name is their own. 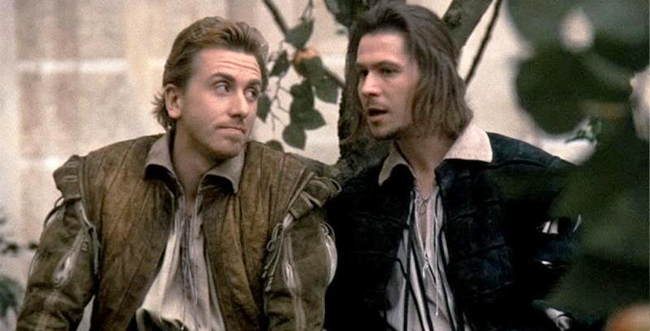 The film is incredibly dialogue-intensive, with the pair almost constantly conversing about life, past or ongoing events, and philosophy as they stumble through their chaotic environment. As such, your enjoyment of this movie will depend entirely on how you feel about Tim Roth and Gary Oldman's performances. For me, both Tim Roth and Gary Oldman do a good job and have enough chemistry on screen together to make their scenes quite enjoyable. The characters themselves do lack the energy of the supporting cast, however, with Richard Dreyfuss' Player and even Iain Glen's odd Hamlet easily overshadowing the main cast.

It is possible that Rosencrantz and Guildenstern are intentionally less interesting than the minor characters, in order to emphasize how inconsequential they are to the main plot, even when the story is told from their perspective. While the whole concept is fairly interesting, the film really does not make use of the medium, and has a boring, lacklustre atmosphere. If I didn't really enjoy both Tim Roth and Gary Oldman, I probably wouldn't have watched the entire thing. It may be that this story is much better suited for the stage, or perhaps the writer was the wrong person to adapt the material. Either way, the final product was just barely entertaining.

If you'd like to watch a play but don't want to go to the theatre, then
perhaps Rosencrantz & Guildenstern Are Dead is the film for you.