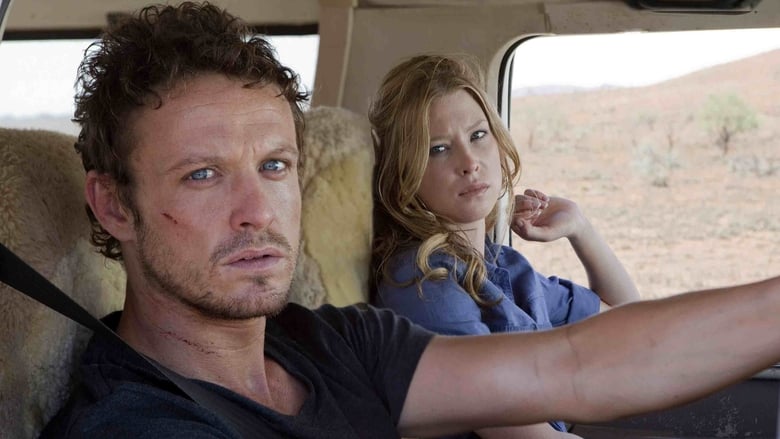 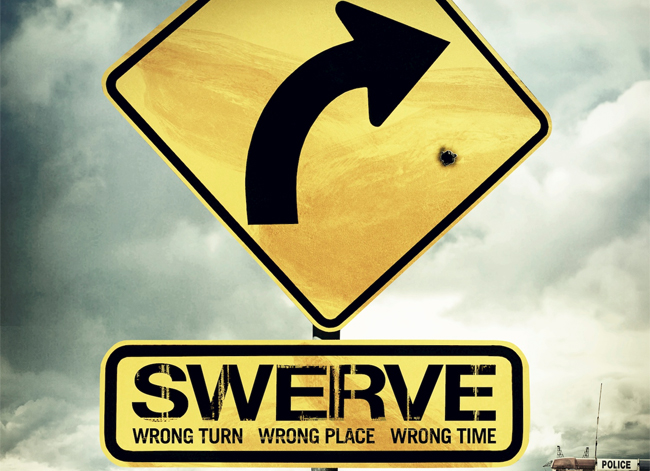 
I'm sure by now I've said at least a few times that I like Jason Clarke for no discernible reason. My friends often accuse me of liking movies only because he's in it, and while they may actually have a point there (cough-TerminatorGenisys-cough), he's also been in quite a few things that have failed to impress even me and my apparently low standards. I do admit that I've watched a number of things I normally wouldn't have just because he plays a part in it, and even though they do occasionally turn out pretty good (Everest, The Chicago Code tv series), Swerve is one of the many instances where it does not.

To it's credit, the movie does have a somewhat intriguing premise. After a drug dealing criminal cheats another out of his money, a man just passing through the countryside witnesses him get into a fatal accident when the criminal passes him and has to swerve off road to avoid colliding with a woman who is attempting to run away from her husband. The traveller discovers a briefcase full of money while checking on the other drivers, and after reporting the crime and delivering the case to a local policeman, gets involved in a bit of a mystery when he stays at that officer's house and discovers that the cop is actually the husband of the woman from the crash.

While Swerve starts off a little quirky, and almost gives the impression that it might have a sense of humour, after setting up the story it fails to do anything interesting with it. After the opening scenes, the movie doesn't really have any momentum, and its attempts to build suspense with a number of strange plot twists and a major conflict that is infuriatingly based on a series of misunderstandings just falls flat. Worst of all, instead of addressing any loose threads, the film just throws some more unsurprising curveballs near the end to try and trick the audience into thinking its clever instead of just being poorly written.

When I first saw Swerve last year, I wasn't expecting much from it (especially since the last Australian movie I had seen was Drive Hard), yet it still somehow managed to disappoint me. I didn't absolutely hate the movie, but I have a feeling that might just be my Jason Clarke bias speaking, and for that reason I'll give this movie 0.5-1 star less than I'm currently thinking. I really don't think it's particularly good, and seeing this movie twice was, at the very least, one time too many.

If you don't mind bland thrillers with disappointing conclusions,
then Swerve can potentially keep your interest for 90 minutes.