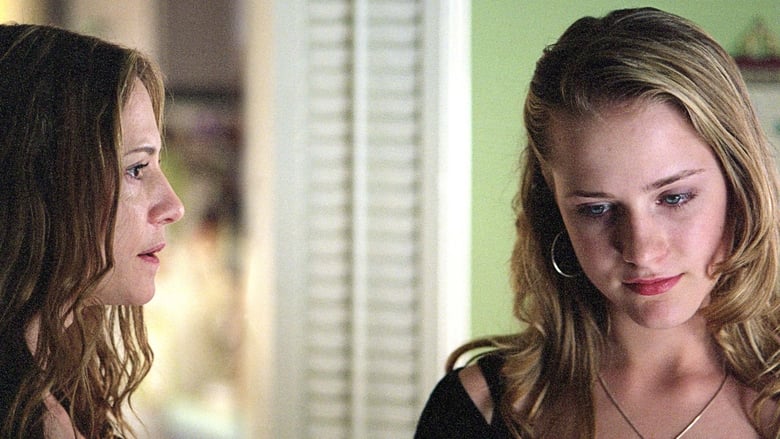 Thirteen was a great, very interesting film. The film stars the young and very talented Evan Rachel Wood as Tracy, a young teenager who hangs out with her friends, spends time with her mom, does her own thing, just minds her own business, just doing teen stuff. On the year of the film, she is starting her 7th year of school, one day she notices all the boys love this girl named Evie, played by the writer of the film Nikki Reed. Evie one day makes fun of Tracy's style of clothes, this makes Tracy very upset and immediately wants to purchase new clothes. She impresses Evie with her new clothes, but not nearly as enough as we think. Evie gives Tracy a fake phone number. This leads to Tracy's first act of crime, stealing a purse full of money just to impress Evie.

Nikki Reed wrote an excellent screenplay here, the teen characters never speak corny dialogue like most teens in films do. Reed really impressed me with her writing, but all the credit just doesn't go to her. We have to give some credit to the co-writer and director Catherine Hardwicke, she does a terrific job as a first time director. These events were really based on the life events of Nikki Reed, which is in a way kind of sad and makes you feel bad for this person and the character. Reed and Hardwicke only wrote the screenplay in six days, which really impresses me.

Eventually Evie becomes so attached to Tracy that she moves in with her, from here on, Tracy goes very wild. After Evie moves in, everything in Tracy's family life goes to hell once she starts doing the following: Drugs, having sex with boys, buying slutty clothes, and starts to cut herself. Evie always acts nice to Tracy's mom Mel, which is played by the great actress Holly Hunter. We can never be sure Evie is telling the truth or lying, her specialty is lying. But when she talks to Mel, she sounds so serious, that we can't be sure if she's telling the truth.

Evan Rachel Wood has some real talent, not to be wasted. She makes this character seem so real, like she's Tracy. Wood never shows a moment of dissapointment in her acting, her acting is Grade A for an actress her age. I just wish she appears in more films like this, I hope she comes out in more great films to come. Nikki Reed never dissapoints either, for her first film, she does a terrific job. Her acting is above average, she really has it. For a first time actress and screenwriter, well let me just say I'm very impressed.

Holly Hunter's character, Mel the mother, I think is the hardest to play. Her character had to put up with all this crap from her daughter, her acting is always excellent. Mel loves Tracy, but she just can't take anymore of her bad behavior. She doesn't suspect that Tracy learned this bad behavior from Evie. She doesn't wanna send Evie back to her home because Evie and Tracy always tell Mel stories of abuse at Evie's home. Hunter really does an excellent performance with this character, and does deserve a nomination for it. Mel just can't take it anymore and tries to see if Tracy's dad can help, but that only makes things worse.

I don't think Thirteen is for everyone, if you wanna see a good movie with excellent writing and direction, see this one. If you wanna see a very serious teen film about serious teen issues, see this one. I loved the camera movements in this film, I thought they were very cool. Great direction by Catherine Hardwicke, I hope she directs more films in the future, I would definately love to see them. This film is what it is, a teen film, but a very serious and good one. This movie almost had everything, great direction, great writing, great acting, great editing, and great cinematography. If you wanna see one of the best films of last year, then see Thirteen.
» More about Thirteen
» More reviews of Thirteen
» More reviews by Ezikiel