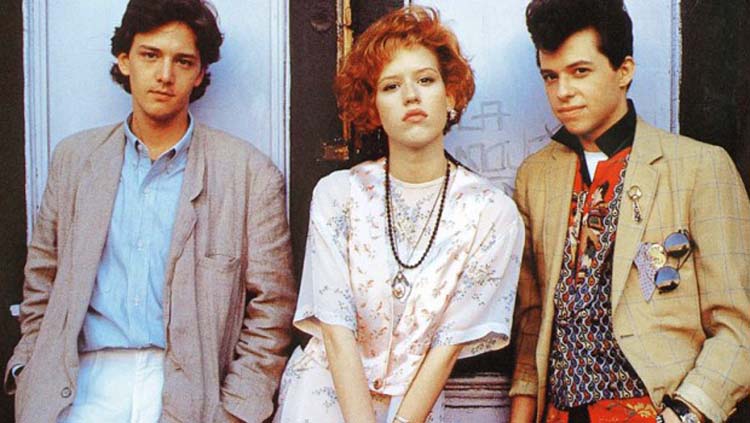 A poor girl must choose between the affections of her doting childhood sweetheart and a rich but sensitive playboy.

Pretty in Pink is like a more mature and cynical Sixteen Candles. If Molly was full of teen angst in her first John Hughes movie, here she has an edginess to her, which comes from being an outsider at a rich kids school where all the 'in kids' conform to the latest trends. Andie (Molly Ringwald) and her friend Duckie (Jon Cryer) refuse to conform and are the rebellious individualist. There's a lot more to this film than just a teen comedy, so read on.

One of my favorite scenes and there's a lot of them, is the time Andie spends with her friend Iona (Annie Potts). There's a real sweetness to their relationship and Annie Potts is just great in this role, she's both elliptically funny and very real and touching too. 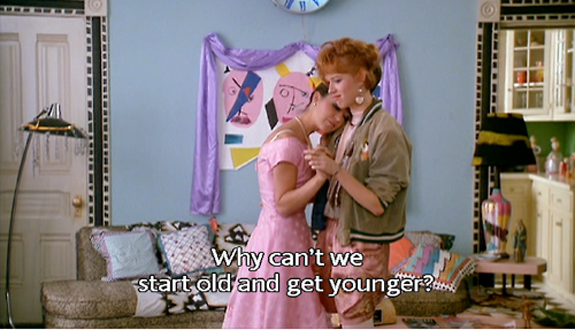 The prom dress scene is a favorite one.


I can't do a review without mentioning Jon Cryer who does a riotous over the top character Duckie. What makes his character work is he's Andies life long friend and unknown to her, has a secret crush for her. Which leads to heart ache for him, and causes him to suffer in silence.

Andrew McCarthy is the nice, rich guy that just might cross school social lines and date Andie, or will he? Not if his friend and super snobbish Steff, has anything to say about it. It's hard to find another really good-bad snobbish, jerk like the one expertly played by James Spader. 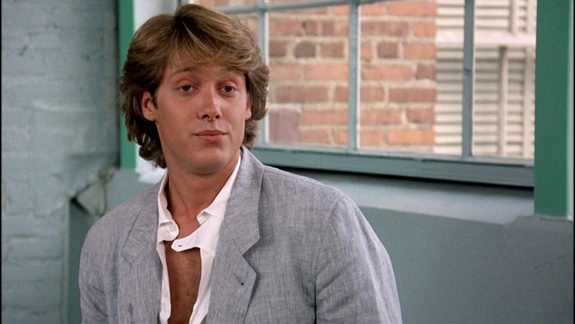 What can I say this film delivers a lot and is so much more than a teen comedy, another fine John Hughes film.