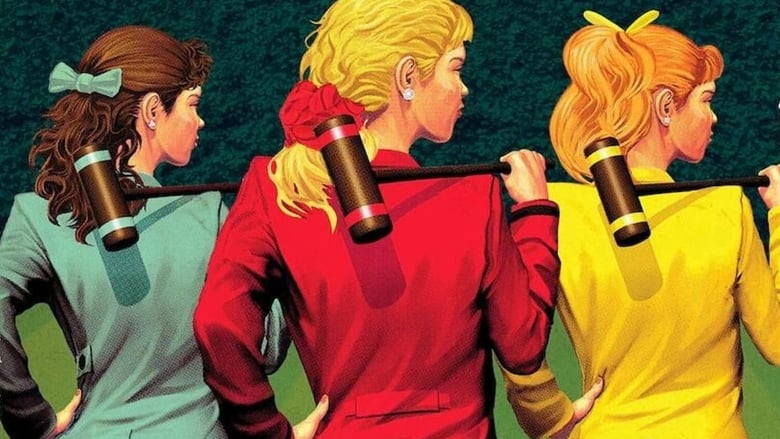 A member of the most popular clique in high school begins a tumultuous relationship with a rebellious new student.

There is a lot to love about Heathers, the gleefully twisted high-school comedy about embittered popular girl Veronica (Winona Ryder) and her growing dissatisfaction with her place within the most popular clique in school (whose other members are all coincidentally named Heather, hence the title). Her uncomfortable social equilibrium is altered by the arrival of J.D. (Christian Slater), a trenchcoat-wearing bad boy whose first day at school involves him pulling a gun on a pair of bullying jocks. After Veronica's relationship with main "Heather" Heather Chandler (Kim Walker) is pushed to its breaking point, she joins forces with J.D. to prank Heather in revenge - however, J.D.'s more extremist ideas about revenge lead to the duo accidentally killing Heather. To cover their tracks, Veronica and J.D. fake a suicide note to throw people off - however, that's only the beginning of Veronica's problems as she not only has to deal with the guilt of accidentally killing her best friend (and worst enemy) but also with J.D.'s intention of creating out even more "suicides" in order to improve the school as he sees fit.

Like many a film that's earned a reputation for being a cult classic, Heathers is an enjoyably engaging piece of work in virtually every regard. The most credit has to go to the dialogue, which naturally becomes timeless not only because of its bizarre take on teen syntax but also because of just how many lines drip with pure acid, whether they're coming from bitchy fashionistas or maladjusted sociopaths. This also extends to the wide variety of characters who rise above the usual high-school stereotypes and become distinctive in their own ways - any film where even the smallest of characters can be considered notable parts of the film can easily qualify for cult success, and a cast that includes characters like Martha Dumptruck or Big Bud Dean is definitely such a film. In this regard, any actual quality of performances seems virtually irrelevant, but that doesn't stop performers like Slater and Ryder crafting some distinctive characters. The dialogue and characterisation is also emblematic of the film's general tautness - one thing that really came across in this recent viewing was just how efficiently the film told its story. This is especially true of the editing, which is swift without being disorienting even as sequences change settings within rapid succession (and also aids the humour, which is definitely a plus). There's a lot of ground to cover in this film, especially when it comes to such inherently contentious subjects such as suicide, homophobia, sexism, and eating disorders. Despite its comedic pretensions, Heathers manages to handle each of its subjects with a surprising amount of tact underneath its many vicious one-liners.

Though its status as a 1980s teen movie definitely guarantees that it will be noticeably dated, Heathers benefits from being based in a deliberately fantastic exaggeration on actual high-school life. The fake teen slang (and the impressive diction thereof) definitely grants the film a personality of its own, but that also extends to the visual style. Colour plays a big part in the film - not only do the principal characters (Veronica, J.D., and all three Heathers) each receive their own distinctive colour that all but defines their wardrobe choices and choice of croquet ball, but there are some striking uses of the cinematic palette in sequences that range from smoky college parties to giallo-like nightmares. The deliberately dated nature of the film also extends to the soundtrack, which is peppered with all sorts of cheesy synth parts that range from Morricone-like wheezes to bubbly New Age piping. Though this could have sunk the film, it only adds to its personality. If Heathers isn't my favourite high-school movie, then it's certainly very close. It manages the impressive feat of being effectively satirical without taking itself too seriously or not seriously enough. The result is one of my favourite black comedies, a gaudy and darkly funny subversion of the John Hughes model for teen movies that is more than capable of standing on its own two feet because the extreme does make an impression.