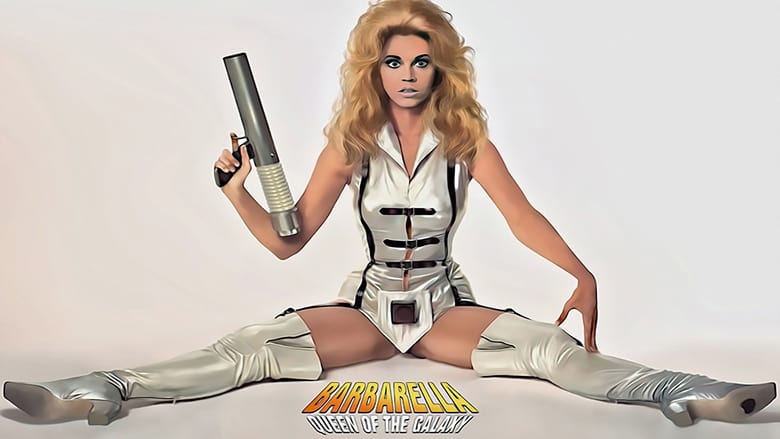 by ash_is_the_gal
posted on 8/11/15
in
Barbarella
1968, Roger Vadim
A young, female, earthling space traveler is introduced to the world of sex, kinks and other antics when she travels to a nearby planet in search of an astronaut.

This movie has me torn. Easily my favorite things about it are its beautiful technicolor backgrounds, exquisite costume and set designs, and the fun 60's pop soundtrack that pretty much made me grin every time, but the dialogue is stilted and sometimes off-putting. Between the music, the sets, and the nonsensical dialogue, the film does a good job keeping everything light-hearted enough for me to never take it too seriously, but I'm still trying to decide if it was trying to be lighthearted. Is the comedy intentional? Surely, some of it clearly must be (the earthling-styled sex, for example, is similar to the sex that takes places in Demolition Man where there's never any actual physical contact because "it's too dangerous" and the scene that takes place from this is obviously very tongue in cheek). But then there's other scenes that are absolutely terrifying (see: doll scene and bird scene. This movie is obviously used as homage to many others).

I found the vignette-styled plot to be slightly frustrating, too - it's like the writers wanted to jump from one silly situation to the next without giving any closure or explanation for what just happened. When I read up on this film last night, I learned there's 7 writing credits on this film... which is only a little over an hour, by the way. Still, despite the ADD writing, with each scenario being more outlandish and silly than the next, it was kinda hard to hate the film.

Probably my biggest grievance, and the thing I'm most torn on, is the political side of it, which was the sex, and how this 'brave new world' has evolved to a no-sex approach. A young Jane Fonda plays the voluptuous Barbarella, and is clearly supposed to be a strong female character, but she's objectified at every turn. It seemingly creates a world where Earth has been pacified and its inhabitants have supposedly been purged of their insecurities, while at the same time characters make suggestive puns about meeting Barbarella "in the flesh" and having her give "mouth to mouth." It's like it wants to have its feminism and objectify it, too, and the feminist in me couldn't help but roll her eyes at that.

Still, though, despite all its flaws, it's hard to deny that I enjoyed Barbarella. It's hokey, it's campy as all hell, and at times downright ridiculous, but it's fun, and even Jane Fonda's awkward acting is charming in its own right. I can see why it's considered such a cult classic.