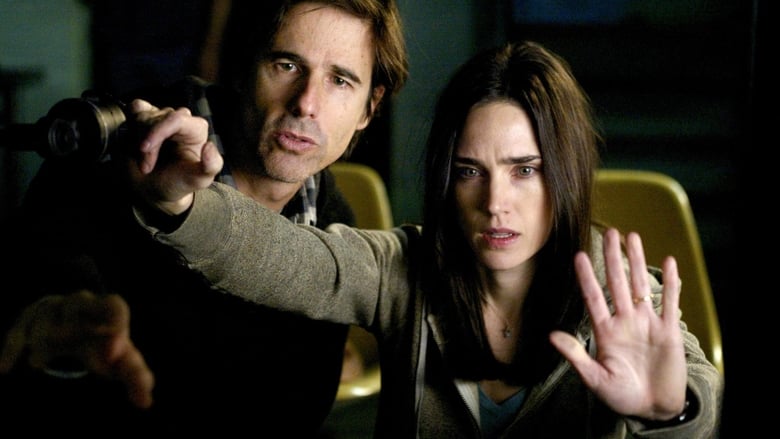 "Dark water conceals darker secrets."
Dark Water is a remake of a 2002 Japanese film based on a story by Koji Suzuki (of The Ring fame). I really dig the Japanese way of telling horror stories because they don't try to explain the unexplained. They just kind of let it be as something unknown. In this particular story though, an explanation is offered in both the Japanese version and in the American version. There have been a number of these converted films particularly in the horror genre. Two that come to mind are The Grudge and The Ring. in both of those cases I thought the Japanese renditions were the better of the films, but in the case of Dark Water I would have to go with Walter Salles' American release.

I don't do plot points, but the gist of the story involves a young, newly single mother who is struggling, mentally and financially, with her new life. She suddenly has to take on much responsibility for herself that has always been done by others in her past. A case could be made for major portions of story serving as a metaphor for this woman feeling as if she's drowning.

Anyway, she ends up on Roosevelt Island in NYC which features some stark, utilitarian architecture that's frankly not in the best shape. I also think this entire backdrop serves as a metaphor for pretty much everything not working. I'll leave you to discover the events of the story but I will say that mother and daughter move in to their new place and some frightening things occur and they escalate in intensity. It's all very well done and Jennifer Connelly's performance is first rate.

The quality of story and the way events play out in the film are all above average, especially for a horror film. One of things I found very attractive about it though was the atmospheric and almost claustrophobic tension in some of the scenes. Add (literally) water to those goings on and I'm creeped out. I'm somewhat of a natural thalassophobic and also have a fear of large scale man made submerged objects (shipwrecks etc). Seeing houses with water in them is another thing that sets me off. There are many scenes where water seeps, drips, rushes into places where it shouldn't be and water (in a threatening capacity) is a major plot point in the film.

So, if you like mystery, dank & dark creepiness and films that make you wonder/think a little give this one a shot.

The Elisa Lam video (right before her death):