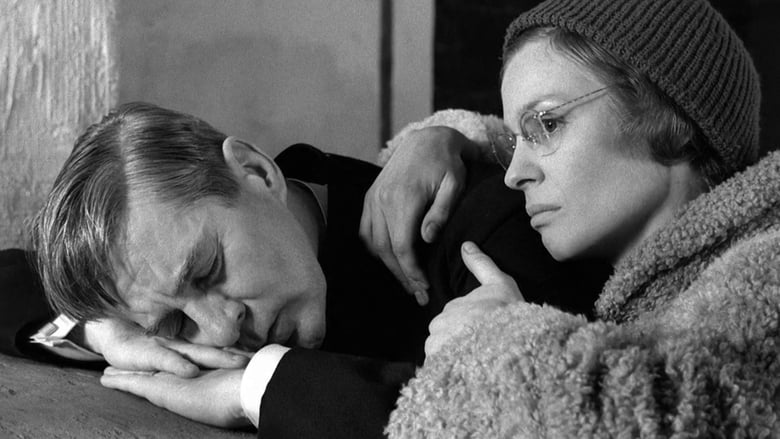 The pastor in a small village must confront his own crisis of faith.

I'm not really up on my Bergman - prior to watching this, I had only seen The Seventh Seal and Persona, both of which are good but can ultimately be considering entry-level if such a thing were possible with a filmmaker like Bergman. Winter Light is supposedly the second instalment in his thematic trilogy about the silence of God (along with Through a Glass Darkly and The Silence, both of which I'll get to soon enough) - seems a bit odd to start with, but it's still a perfectly solid film in its own right. Taking place over the course of a few hours, it follows the pastor of a small Swedish town who is already undergoing of a crisis of faith. This is compounded by two factors - one being a parishioner and family man whose paranoia over the possibility of nuclear conflict is giving him an existential crisis, the other being the pastor's atheistic ex-girlfriend causing him even more trouble.

Though this film is only about eighty minutes long, it's still a potent yet painful watch that does draw things out uncomfortably in both the good and bad sense of the word. Being a Bergman film, it's full of stark monochrome cinematography and an almost-complete absence of music - what better way to reflect the silence of God, after all? - and also a small cast of character that keeps thing nice and concentrated. Of course, the fairly down-to-earth nature of the story does mean it gets a little hard to stay invested at times, even though the film does have plenty of well-executed sequences (such as the narration of a letter that ultimately involves the writer delivering a lengthy and uninterrupted monologue straight into the camera) and makes some interesting points about the relevance of God and spirituality in general. It's not about to become my favourite Bergman in a hurry, but it's still a very solid piece of filmmaking.