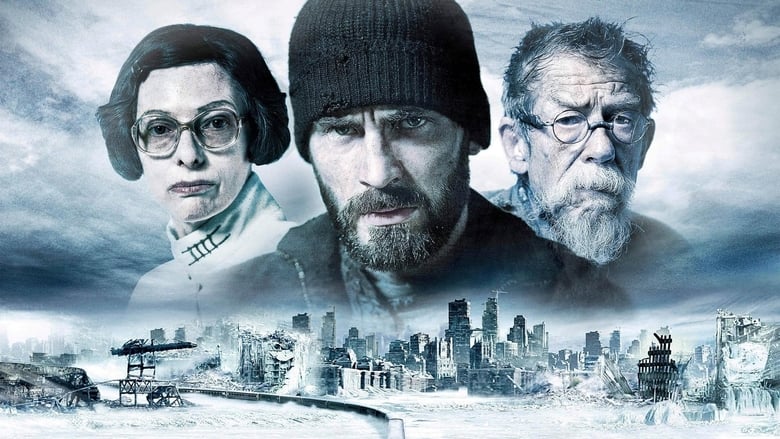 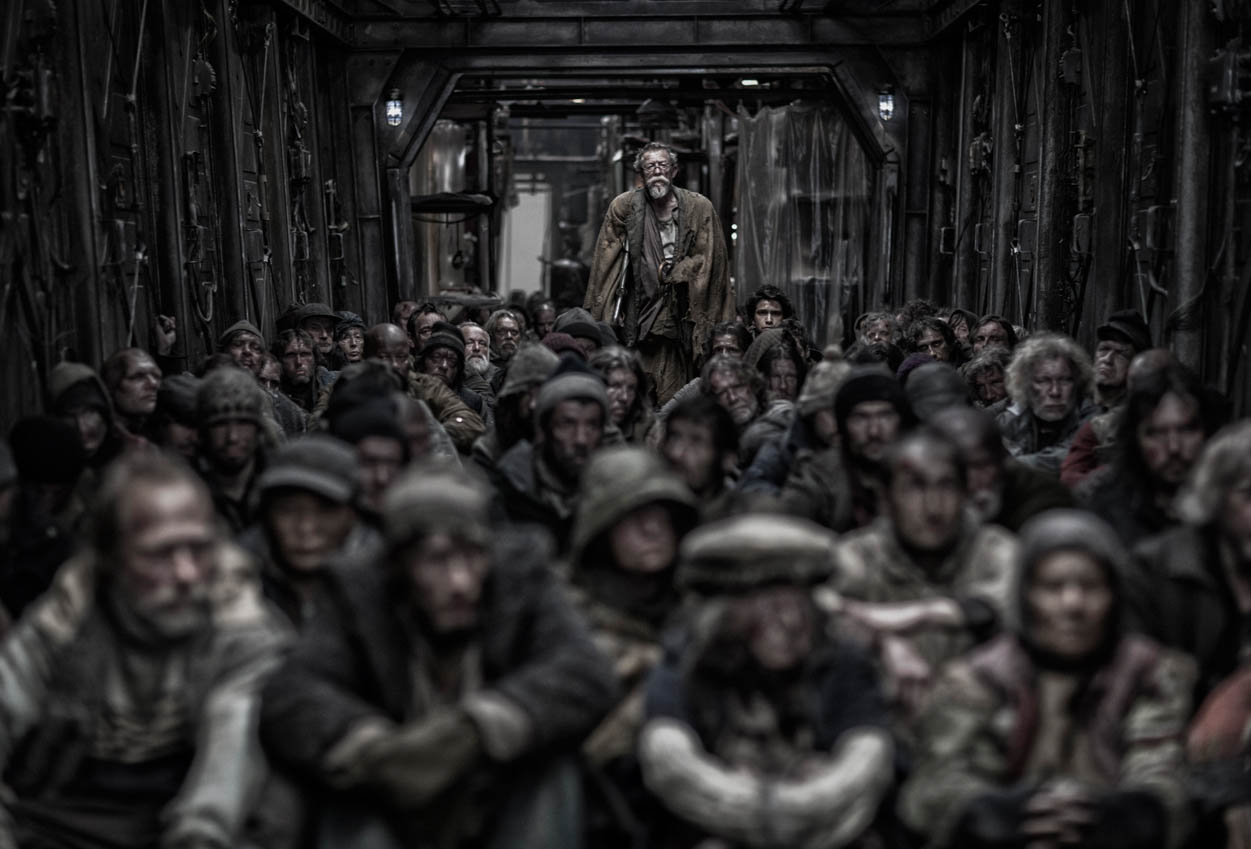 Snowpiercer is set in a post apocalyptic future in the year 2031...The film starts by showing us a group of forlorn, ragamuffin people who are stuck in the back tail section of a super luxury train, The Snowpiercer.

Mankind in their attempt to end global warming sprays a newly invented chemical called CW7 into the atmosphere which will lower Earth's temperature. It works too good and the planet is plunged into a deep freeze. Life becomes extinct...except on this one super train.

The Snowpiercer train is miles long and self sustaining. It comes complete with a class system. Those with a first class ticket are in the front of the train. In first class it's a life of ease and luxury. The second class ticket holders are stuck in the middle. And the forlorn ragamuffin people didn't have a ticket so they were crammed into the tail section of the train where they live in squalor, fighting for scraps of food and plotting revolution.

Their revolution is to take over the train, they want a better life, they want to be treated with dignity. Their leader is an old man (John Hurt), he needs to find a new leader from among the poor masses. His younger friend (Chris Evans) has what it takes but is not willing to lead.

One man, the engineer makes the rules, he's unseen but worshiped by 1st and 2nd class passengers and hated by the freeloaders. He's sort of a Wizard of Oz, ala train style.

This film was not my cup of tea. It varies from a deadpan gloomy Walking Dead wanna be film to a zany, colorful film with ecliptic charters reminiscent of Brazil (1985) and A Boy and His Dog (1975). With this hodge-podge style of film making, it failed to be believable. Once I fell out of the storyline I became bored. There's not much in the way of inspired acting as it's a story based film and the story wasn't focused.