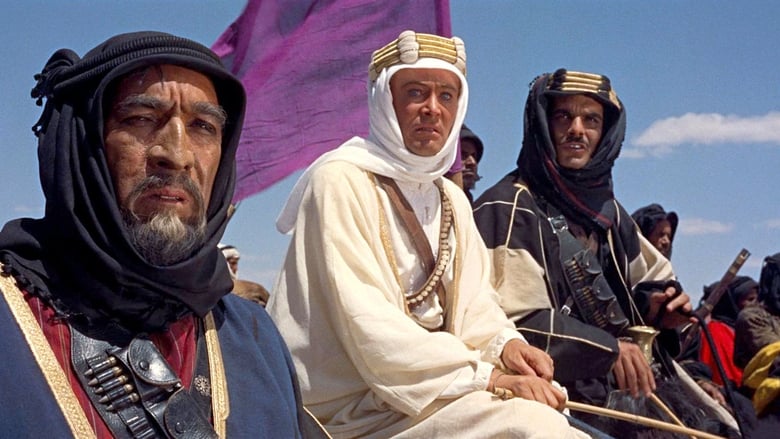 Looking for words to describe such a monumental film is just an exercise in futility. That's because Lawrence of Arabia is a great many things to a great many people, including yours truly. It's a grand spectacle. It's fascinating in size and scope. It's beautiful to look at and listen to. And it's also, in my opinion, one of the greatest films ever made. Showcasing sweeping, never-ending landscapes, gorgeous cinematography, an unforgettable musical score, and incredibly fine acting, David Lean's epic masterpiece is unlike anything I've ever seen, or will ever see again.

The story of T. E. Lawrence and his role in the Arab uprising is in its own right incredible. That being said, the film tells the story of a man who is alone in a vast desert with strangers, more or less, exposing Lawrence to countless emotions and changing him on a grand scale; for better or worse is for the viewer to decide. Regardless of how one feels about Lawrence's degrading morality throughout, and whether or not the film itself took the right approach to covering such an influential figure, it's easy to forget that Lawrence - at least in the film anyways - was not always understood by both the British or the Arabs. Which makes Lawrence of Arabia much more personal and intimate. In some way, we can all relate to Lean's Lawrence, expertly portrayed by Peter O'Toole. Flamboyant, even a little bit shy, he was nonetheless intelligent and an incredibly well-respected leader.

Lawrence not only helped in the uprising, but he became the uprising. Lean's film examines this observation on many levels. He paints Lawrence not only as a significant historical and political figure, but also as a celebrity, and examines Lawrence's reaction to his status. At times, Lawrence is even painted as a puppet, which adds another layer to the character development.

I particularly like how Lean always paints Lawrence as a human being first, with flaws, rather than the Man with No Name. Any other route and things could have been disastrous. But perhaps this is merely testament to Lean's ability as a director. Additionally, I find it hard to picture anyone other than Peter O'Toole playing Lawrence. His newcomer status at the time of release reminds me of Al Pacino's role in The Godfather.

Steven Spielberg said it best. "Lawrence of Arabia is a miracle." It truly is. Everything about this film is perfect. There's not a frame wasted, a second spent in circles, or a moment lost. It's just mind-blowing. If you haven't seen Lawrence of Arabia, I highly, highly, highly recommend seeing it right away. It's essential viewing and demands the undivided attention that T. E. Lawrence and David Lean deserve.