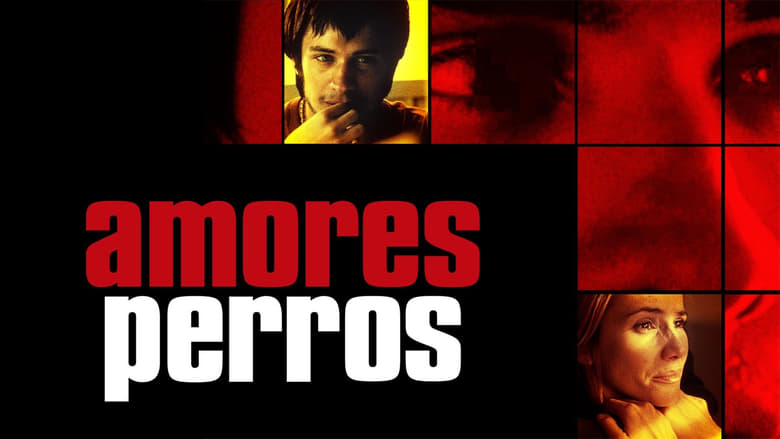 Three interlocking stories - one about a lovestruck young man getting involved in dogfighting, one about a model and her recovery from a brutal accident, and one about an impoverished hitman looking for redemption.

I haven't seen any of Ińárritu's other films, so I figured I should at least try to watch his acclaimed feature-length debut before I got around to watching Birdman. It takes the "multiple interconnected narratives" approach and, though it doesn't do anything especially novel with it - the film still focuses on one storyline at a time with infrequent overlaps or cut-aways - it helps that the stories are fascinating. The story about the dogfighter takes a familiar romantic premise - his plan is to win money on dogfights so as to run away with his brother's girlfriend - and sucks all the romance out of it and then some, playing it depressingly straight but still generating enough pathos that you still care about whether or not he will get away with it. That's without mentioning the foregone conclusion of the opening scene where he is frantically transporting his injured dog to hospital before getting into a car crash. The second story - about a supermodel who gets a broken leg from said car crash - is a decidedly less hectic story but still enough to engage as the model, has to contend with a variety of mundane but horrifying problems such as recovering from her injuries, losing her dog in her apartment's crawlspace and the tensions that this causes with her married boyfriend. It's far less violent than the dogfighter story but the idea of a pet howling for help it can't get will definitely rattle some people. The third story takes another familiar premise - a homeless contract killer wants to make things up with his estranged family and ends up taking one last job as a result - and manages to wring some new life out of it, ultimately making it the most fascinating story of the three.

Stylistically, the film tends towards gritty camerawork that alternates between frantic edits and smooth movements. The music covers a variety of genres appropriate to the story - there's a lot of hip-hop beats at work here, especially in the dogfight story, but also there's some nice atmospheric work (especially the last song in the film - I mean, damn). The acting is great and every story's lead gets at least one scene that's simply amazing to witness. As far as imitators of the violent multi-narrative formula laid down by Pulp Fiction go, it's definitely one of the best.