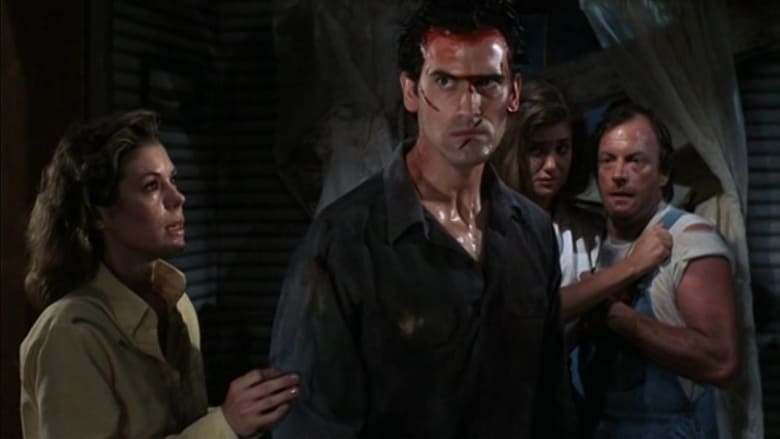 After accidentally summoning evil spirits to a cabin in the woods, Ash (Bruce Campbell) has to survive not one but two nights at the mercy of pure evil.

I was feeling tired and didn't want to watch another movie all the way through, but then this started playing on TV. "Just until the first ad break," I said to myself. But no, I watched the whole thing. As with just about every one of my all-time favourites, I've lost count of how many times I've watched Evil Dead II - for some reason, I'm thinking at least fifteen. It helps that, due to the film's low-budget aesthetic, every time I spot a new continuity error (Ash's chainsaw changes hands in one shot, you can see the camera crew's shadow in another, etc.) it just adds to the charm rather than become a distraction. It's also an extremely taut piece of work - even the slow, quiet bits feel like scaling a rollercoaster rather than filler. Campbell is of course a master at work here as he spends the bulk of this movie acting on his own and delivering one of the best B-grade horror performances of all-time - the other cast members may be archetypes but they work exceedingly well. Even the two hick characters are oddly charming in spite of them being extremely annoying. The photography is quick and intense without being needlessly disorienting, the effects work dances on the fine line between excellent and horrible but is always entertaining. Also, it does really well at balancing the humour with the horror - even after having seen it so many times before (and this time was with the lights on) I still got a little jump out of it. Then there's that absolutely brilliant ending. All in all, still a major favourite.