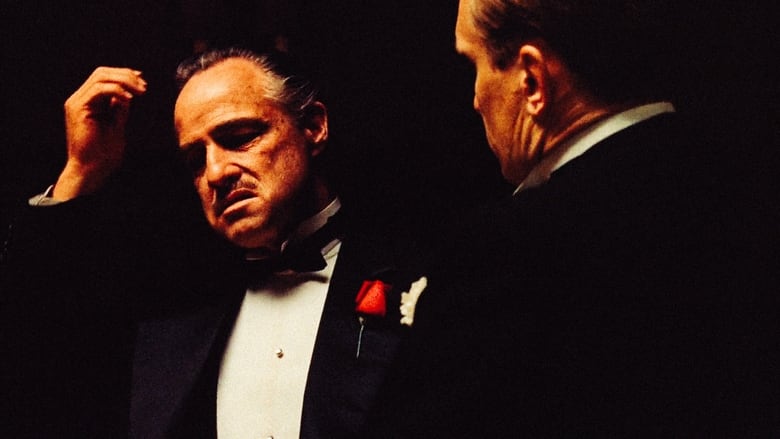 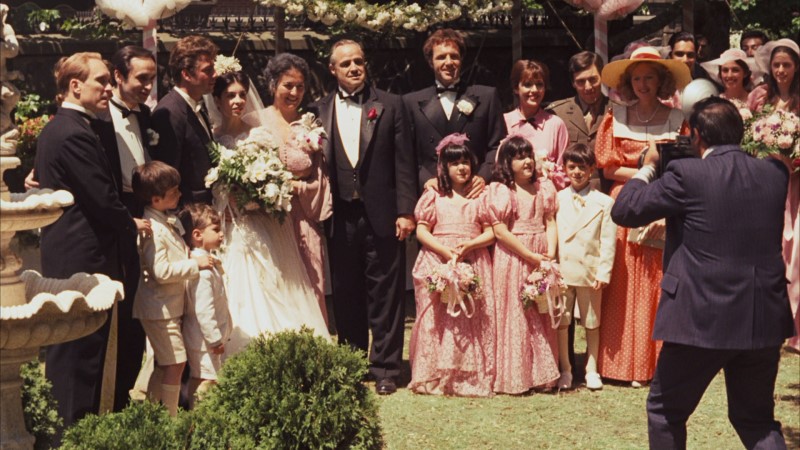 I have had this post saved for a little while now, and I really hope that when I am posting it will be because The Godfather has made it to the number one spot on the Seventies list. It is a film I recently rewatched and was reminded just how brilliant it is. It may be conventional, mainstream, Hollywood, or whatever you want to call it, but it is artistic and brilliant in its own ways, a masterpiece of its kind, and one of the most perfect films ever made.

Everything about it just oozes class; there are not enough superlatives to describe it. From the opening scene that takes place in a barely lit room, with a suited Marlon Brando quietly discussing the values of friendship and family on the day of his wedding, you know you are in for a quality film. Because of its criminal setting, a lot of people who dislike it will use that as their reason, “the characters are unsympathic and unlikeable”, “it glorifies crime, “it is cold and unwelcoming”, and I must ask: are these people watching the same film as me?

The Godfather to me is one of the most inviting films I have seen. Despite its crime setting, you really feel like you become part of the family. The opening wedding scene sees many relationships established, there is a remarkable amount of depth here as we explore the different members of the family. Each character has something different to offer. There is Al Pacino as Michael, a returning soldier who intends to have nothing to do with the family business, James Caan as Sonny, the hot headed underboss to his father, Robert Duvall as Tom Hagen, the family consigliere and adopted son to Vito Corleone, and John Cazale as Fredo, the more dim-witted member of the family. Each has their own unique persona that is quickly established, but they all evolve and step up to play important parts in different sections. The beauty of the plot is that it allows for each of the characters qualities, good and bad, to truelly show and also evolve, we sympathise with all of them for different reasons, we cheer when Michael rescues his father at the hospital and we cry when Sonny meets his demise.

There are many more iconic moments to mention, the iconic horse head scene is without a doubt the most famous, the restaurant scene and there is the fantastic ending montage that wraps everything up perfectly. The film is beautifully written, it is quite complex with lots of sub plots to keep up with, and it is only now after a few viewings that I think I have come to fully appreciate just how good it is, I always knew it was great, but now I think it might just be the greatest. All the sub plots evolve around Marlon Brando’s central performance as Vito Corleone, he holds the whole thing together, giving a towering performance fully deserving of Oscar glory. The other great performance is Al Pacino as Michael Corleone, he undergoes one of the greatest transformations in cinema history. At the start of the film it may seem far fetched but it’s the sense of family and pride that allows it to work perfectly, leading to unforgettable ending images that fully show us what he has become.

Is there anything I would change about the film? I do not think so. Apart from being beautifully written to tell a compelling and complex story, the screenplay also has some of the great dialogue ever written.

“A man who doesn't spend time with his family can never be a real man.”

“Leave the gun. Take the cannoli.”

“I don't like violence, Tom. I'm a businessman; blood is a big expense.”

“I'll make him an offer he can't refuse”

The cinematography by the late Gordon Willis adds a great sense of polish and formalism to the whole thing. He said he deliberately took the decision to shoot most scenes with little light to represent the shadiness of the world the characters inhabited, and that most shots were from a point of view to make it feel more personal, with the overhead shot at the orange stall being that of God watching down on Vito.

I have seen the film three times now, and each time I have thought even more greatly of it. It really should have been number one on my list, and would have been hard my third viewing come sooner. One of the greatest filmmaking accomplishments, fully deserving of all the praise it get, and its spot at number one on this list.
» More about The Godfather
» More reviews of The Godfather
» More reviews by Daniel M