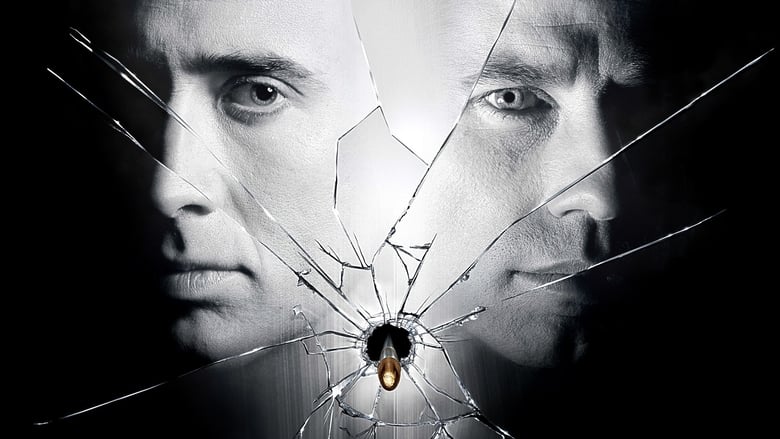 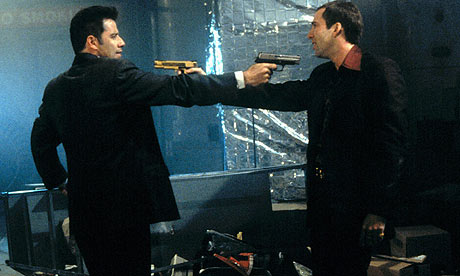 When I grow up (if I grow up), I want to be a filmmaker. It's what I've always wanted to do. And like pretty much every wannabe filmmaker, the reason for that was watching too many films and being influenced by a select few that began to shape how I would want to make films in the future. Among these select few, Face/Off is one of the biggest influences.

Why? Three words: sheer creative power. A director's dream and exactly what John Woo had when making this action classic. After the success of Hard Target and Broken Arrow, the financiers of Face/Off gave Woo complete control over the project, allowing him to do pretty much whatever he wanted. And whatever he wanted turned out to be a balls-to-the-wall, ludicrous action extravaganza.

Face/Off is just not a movie that could be made in this day and age, in terms of spirit or tone. If Face/Off was made today, it would have to be completely grounded in realism and aim for a bloodless, PG-13 approach. Woo's film revels in the fact that it is complete violent insanity. This is Woo's slow-motioned, dove-filled vision and it's quite impressive how he seemed to have assembled a cast and crew that believe in that vision as much as he does.

What is most admirable to me how much Woo and the writers managed to get out of the concept of a cop and a criminal switching faces. It would be good enough to make the whole thing work, which Woo does and then some. But there's also some solid character development in which both characters try to adjust to their new identities and lives. The way it's written and acted is quite good, not award-worthy or anything, but it's just refreshing to see something deeper like this in an action movie at all and I appreciate the hell out of it.

Other than Woo and his control, I doubt this movie would have worked very well without it's two stars. Originally, it was supposed to be Arnold Schwarzenegger and Sylvester Stallone in the two lead roles. No doubt it would have been an enjoyably macho action romp, but casting Cage and Travolta served a way better purpose. Both are very convincing in their action scenes and have no problem making the audience believe that they're up to the job as punching-shooting-killing badasses, but both are actors first and foremost, not action stars and that serves such a strong purpose for their characters. In most action films, there are clumsy and awkward emotional scenes that always seem forced because the actors acting in them can't act to save themselves. Cage and Travolta pull off these types of scenes easily in Face/Off, even forging a connection between the audience and their characters.

Beyond this purpose, Cage and Travolta deliver some of their best work here. Travolta is hilarious, relishing in his over-the-top bad guy act, while Cage makes for a strong hero and an equally strong villain in the film's first twenty minutes. Both just seem to greatly enjoy the premise and the ability to do their own thing and then just seeing what happens. And what happens is nearly orgasmic. I wish both would take on more action roles, as their presence always seems to class up these kind of films.

And Woo's action. My God. In his first two American action films, his action sequences were a bit stilted and generic, but here he just let's loose with beautifully filmed scenes of gunplay, hand-to-hand combat, Mexican standoffs, boat chases and prison escapes. With his action scenes, Woo embraces the preposterousness of the film's key idea and injects the rest of the film with the same kind of insanity. It's a sight to behold.

I'm not afraid to call this film a masterpiece and, to me, an influential one. Face/Off is a film where everything works and works unbelievably well, as the result of a director's control and vision and two actors that give it the right amount of gravitas and weight. An action classic if there ever was one.