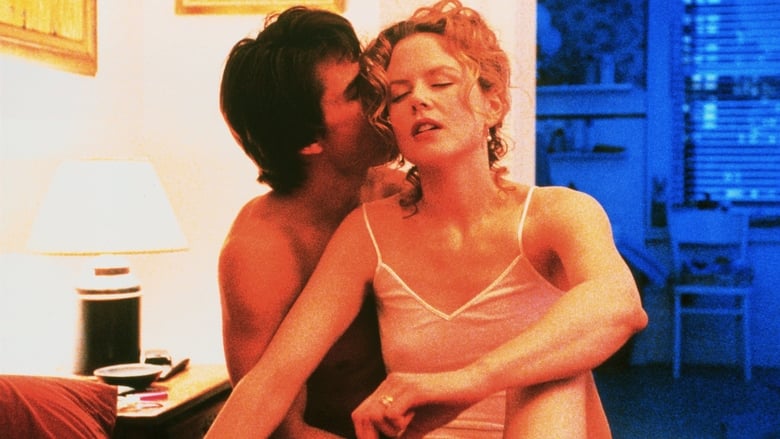 Considering that this film has already been analysed to death, I can't really think of any differing theories or new points to share about this film that haven't been already said. However, I can still give the reasons I enjoy watching this film so much (and there are quite a few).

Kubrick is a master of every detail and one very special talent that he has is making every single element of his films seem as important as everything else and Eyes Wide Shut is no exception. The Italian movie Alice Harford is watching in a small 10 second scene, the "Lucky To Be Alive" front-page article of a newspaper Bill Harford pays no attention to, the slightly weird-sounding rendition of Jingle Bells that plays in the film's final scene... because this is a mysterious film, filled to the brim with intriguing characters and plot points, I tried to take in everything I could and found myself frankly unable to do so. Kubrick's attention to detail is just too immense.

Not only that, but I also find Eyes Wide Shut, out of all the Kubrick films I've seen, to be the most visually wonderful of his work. His camerawork is perfect and there is not a shot in the film that could be done differently for the better. The way he uses his camera, the lighting and the eerie soundtrack to create beautifully tense atmosphere is unbelievable. This is not the kind of film that needs that kind of atmosphere, but the way Kubrick creates and makes it fit seamlessly with the story is truly impressive.

I've heard criticism for Tom Cruise's performance here, saying that he doesn't have what it takes for this kind of role and just doesn't get the subtlety needed for the character of Bill Harford. In my opinion, he's a perfect fit for the role and I can't imagine anyone else being able to fill his shoes. There are scenes in Eyes Wide Shut where Cruise does some of his best acting ever with only his eyes and facial expressions, letting the audience in on all of his feelings of confusion and naivety. Also, and I can't believe I'm saying this about an actress I don't really care for, Nicole Kidman matches him every step of the way, delivering her career-best performance and delivering everything required for her character with aplomb.

Eyes Wide Shut is definitely a film that needs to seen more than once, as every time I watch it, I always pick up on things I hadn't noticed or had just forgotten, making it an always-intriguing and engaging journey. Currently, this stands as my favourite Kubrick film and in my opinion, a career-best moment for everyone involved.