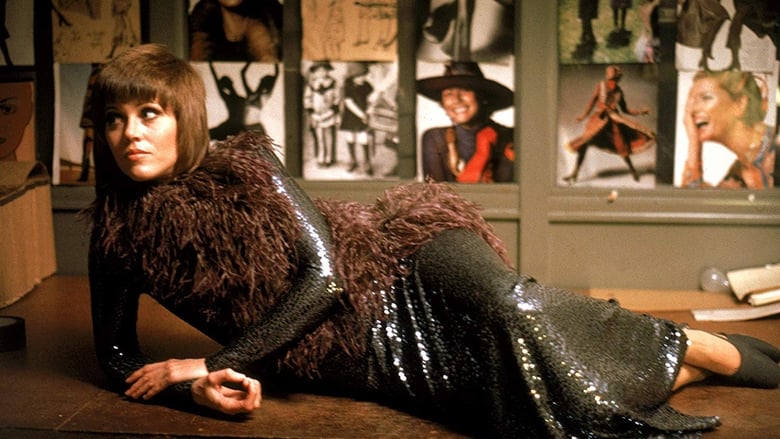 A man goes missing and private eye John Klute (Donald Sutherland) is sent to investigate the only lead he has, a call girl named Bree Daniels (Jane Fonda) who was receiving strange letters from him. The plot makes the film comparable to many noirs, with an investigator falling into a world bigger than him as he is drawn in by a mysterious woman.

This film however is like no other noir, much more focussed as a character study and also a study of the dark underworld in which they are involved. Like our title character, we are drawn into this world slowly; with not much to go by he is soon shown the unsympathetic workings of the life of Bree. The film is moody and atmospheric. The first half at least, is comparable to some of the greatest slasher films ever made, we get a number of shots from point-of-view perspective of a creepy stalker, there is clever use of dim lights to illuminate near dark scenes – I find it interesting that Gordon Willis when working on The Godfather also justified the same decision as he wanted it to reflect the darkness of the world he was portraying and the same is evident here, and the sound is very relaxed adding to the eeriness.

Unfortunately, the atmosphere alone is not enough to make this a great film, and whilst it has other strengths, I felt it lacked a strong narrative to bring all the elements together in the third act. The film is comparable to Pakula’s other work All The President’s Men in some ways, both are about investigations and move along at a consistent methodical pace, but whilst one speeds up nicely to a great ending, the other seems to be repeating the same note until the very end. Whilst it is certainly a fascinating film, it feels like something that perhaps does not need an end, which when it comes is to abrupt given the slow burning creepiness that went before it.

Jane Fonda won an Oscar for her role, and she undoubtedly gives a great and intriguing performance. She is a complex character with serious emotional issues that are brought fully to surface when she meets John Klute. We hear her conversations with him, her clients, her pimp and her psychiatrist, all giving us glimpses into her life and her motives. She gets no pleasure from her job, but does it for security, both financial and from a personal perspective, convincing herself of her control. She is a truly damaged and tragic character, who Klute attempts to help and understand, and she does so herself attempting to become an actress, but ultimately she will always be trapped by her current lifestyle. Donald Sutherland is also good in the title role; he gives a quiet, understated performance that is very effective, only adding to my likeness for him as one of the great actors of the seventies era. Speaking of which, I was pleasantly surprised to see Roy Scheider appear as a pimp, whose character helps add to the grimy and cynical underworld Pakula depicts.

As mentioned, the mystery of the film takes a back seat to characters and plot, and its abrupt solution I feel was a little disappointing and perhaps prevents me from describing this film as a great one. But we are aware that this is just a slice of life for these two main characters whose own future paths in life remain ambiguous. I can certainly see the appeal of this film and recommend it to those who enjoy films that cynically explore the dark and grimy reality that is often hidden from broad daylight. All The President’s Men also does just this in a way, if you want a more focussed and entertaining/thrilling narrative, watch that, if you want a compelling character study with one of the most fascinating performances of all time, watch Klute.