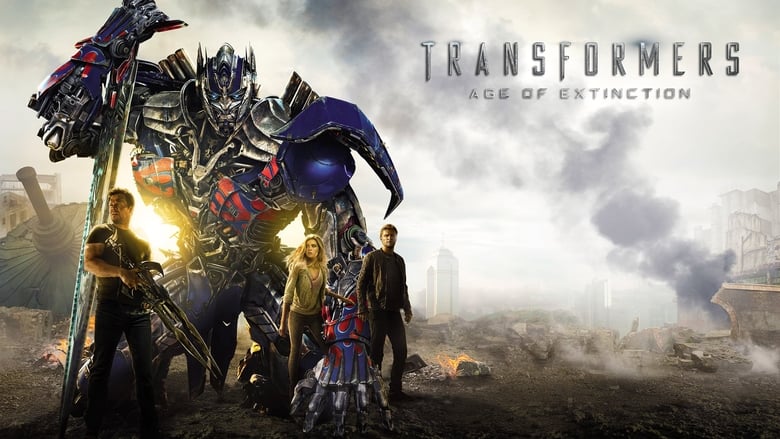 Michael Bay tested my faith with the lackluster Dark Of The Moon and it pains me to say that the same problems that hindered that film also occur in Age Of Extinction: juvenile humour, logic lapses, bloated pacing and just some general stupidity all around.

However, I enjoyed this one much more than the previous Transformers film. Granted, the scriptwriters really need to work on their weak expositional dialogue and Bay really needs to re-learn how to properly pace a movie, but I was actually surprised when A) this didn't feel as incredibly overlong as I'd heard and B) it wasn't as unnecessarily convoluted as I'd also heard. It definitely did suffer from both of those, but not as extremely as I had dreaded.

The film actually benefits from some new new additions to the cast: Mark Wahlberg delivers a fine lead performance and Stanley Tucci is quite funny in a comic relief (but still pivotal to the story) role. Kelsey Grammer is unfortunately a bit of a weak presence, but that really had to do more with the lack of screentime he got moreso than his performance.

But the star of these is still Michael Bay. I am a big fan of Bay and his films, because they always provide great entertainment. Age Of Extinction, like a lot of Bay's other films, suffers from his usual self-indulgences, but also shows that, in the field of visually spectacular action sequences, he is a master and maybe an unrivalled one.

I am one of the few who always gets excited for a new Transformers movie, because I always have faith in Michael Bay and Age Of Extinction confirms to me that is still well-placed faith.