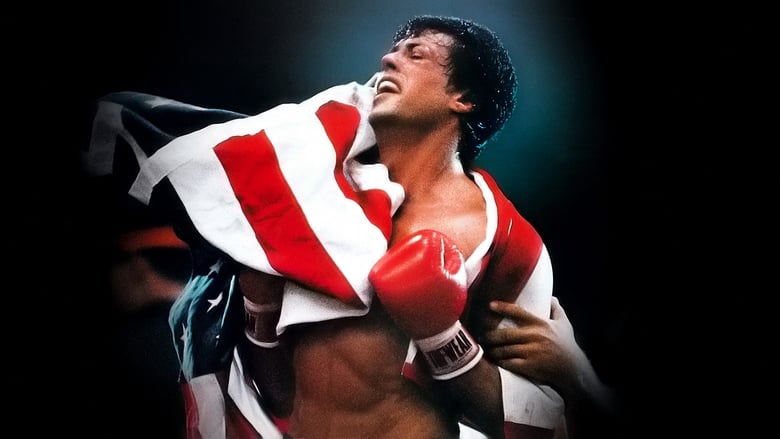 A new upcoming Russian super-athlete called Ivan Drago, has surfaced in America and his managers have been pressing for him to fight America’s best. Apollo Creed decides to come out of retirement with Rocky as his manager and takes on the Russian man-mountain with horrific consequences.
Spurned on by guilt over Apollo’s death, Rocky heads for Russia with Apollo’s old manager and Paulie and Adrienne by his side to take on Drago in a revenge match and to show the Russian super-fighter how it’s done, his way.

That’s about it really for the story, it’s incredibly simplistic like the first film, but contains much less in the way of drama or character development.

The filmmakers also decided to go for full on 1980s gimmicks too, talking robots, Russian paranoia, another indestructible enemy, enemies can love one another too etc.

What makes the movie stand out though is the ending fight between Rocky and Drago. It’s brilliantly choreographed and edited (if extremely cheesy at the end) and really gets the viewer on the edge of their seat.

The acting again is the same as usual, Dolph Lundgren, who made it to #34 in my top 40 villains is fantastically athletic and really looks the part. His acting isn’t the best but he’s kept quiet most of the time. The fact that Stallone and Weathers both were nearly killed by Lundgren during fight scenes, really speaks for his part in the film.

All in all a more bash ‘em up action orientated boxing movie but is extremely cheesy at times, though it stands out amongst the others.
My rating 80%