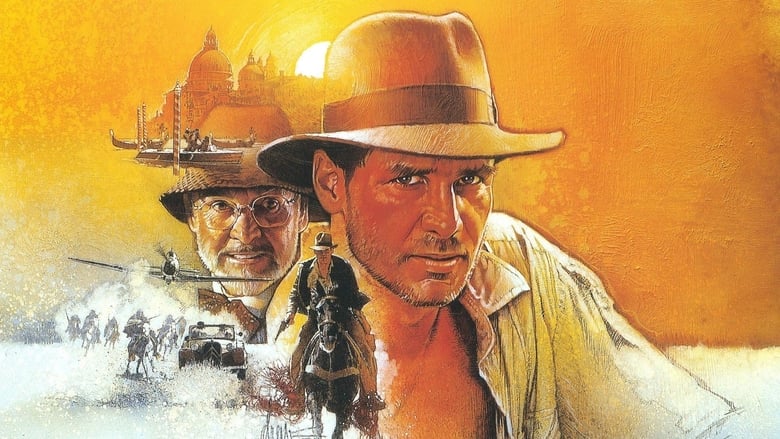 Indiana Jones and the Last Crusade

by The Rodent
posted on 6/05/14
in
Indiana Jones: The Last Crusade

Set after the first movie, Indy is called into action again as the Nazis are on the hunt for more Christian antiquities. This time their after the Holy Grail, aka; The Cup Of Christ, and Indy has discovered that his father, Professor Henry Jones, a man who is the world’s leading expert on the Grail, has gone missing while trying to stop the Nazis.
Indy takes along Marcus Brody, a fellow schoolteacher and friend of his father and Dr Elsa Schneider, an Austrian Art Professor who had worked alongside Indy’s father when he went missing.
With a race against time for his father’s life and a race for the Grail, Indy will once again be thrown into a world of discovery and mythology in a bid to save mankind.

The third of the series is a fantastic return to the Indy that made the first so successful. It’s fantastically written and has many subtle levels of mystery and mythology. The mystery of the Grail is discovered throughout the story through Indy’s father’s teachings and is extremely well revealed over the running time.

The little twists and turns throughout the film are also well conceived.

The action scenes are again, choreographed with perfection. They’re exciting and explosive and again, are kept to being practical throughout the movie rather than outlandish effects.

The acting is by far the best of all three movies. Sean Connery as Professor Jones is an absolute mark of genius from the filmmakers. Connery, (even though he was James Bond) and Denholm Elliot as Marcus Brody, seem so out of their element as the stay-in-the-classroom Professors it actually gives them a loveability and a sense of comedic timing. The acting is bang on in their roles too.
John Rhys-Davis as Sallah returns from the first film as Indy’s cohort and friend and is gladly expanded as a character rather than a bit-part from the first film.
Alison Doody as Indy’s new love interest, Dr Schneider, is brilliantly sexy and has an untrustworthy edge about her.

All in all it’s a brilliant return to the Indy everyone loves and has more to it than the first movie too.
My rating 100%