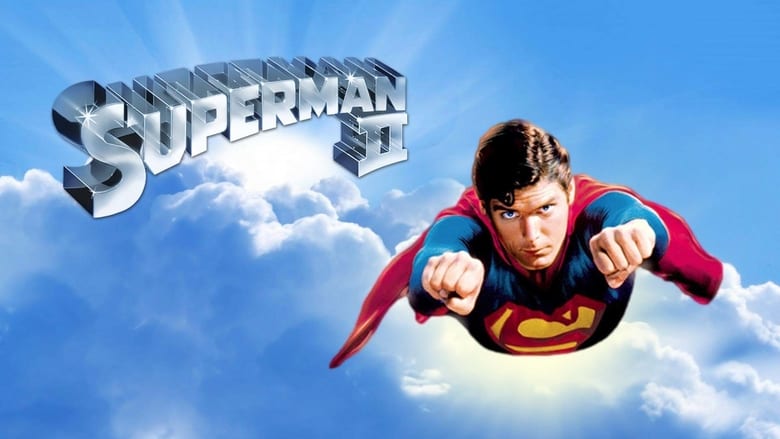 Set not long after the first movie, Clark has settled into his duel role of Clark/Superman.
He’s found feelings for Lois and she too has found feelings for the Supe, let’s face it, all the girls in the city love him. She treats Clark quite ignorantly though, he is after all just a nerdy work colleague.

The main story revolves around three other people however.
Superman has unwittingly released kryptonian villains General Zod, Ursa and Non from their prison.
Kal-El’s father Jor-El had imprisoned the three villains in the ‘Phantom Zone’ at the beginning of the first movie before Krypton was destroyed.
Supe’s destruction of a nuclear weapon in space has cracked the ‘zone’ and freed them. They’re now heading for earth, endowed with all the same powers as Superman.
Upon realising Superman is the son of their jailer (Jor-El), they make their prime objective: To enslave and crush him and then rule the rest of the world.
Aiding them, is a returning Lex Luthor.

Cue lots of destruction and plenty of fistfights between Superman and the three super-villains.

There is a twist in the story for Superman himself too before he is able to fight the villains.

The film, like the first, is a masterclass in how to stage a super-hero movie. The writing and storyline are again near perfect. It starts off small and then rapidly grows in scale to something more thrilling.

Again the acting is bang on.
This time round the cast involves Terrence Stamp as Zod, Sarah Douglas as Ursa and Jack O’Halloran as the mute powerhouse Non.
Stamp made it into my top 40 movie villains at #15. He’s very camp, inhinged and is the epitome of the super-villain.
Sarah Douglas adds more sexy-class as a villain-ess and O’Halloran is perfect as a giant brute with absolutely no intelligence.
The special effects are utilised with more pizzazz than in the first. The money was very well spent, in particular on the four-way Metropolis fight.


To be honest, in terms of faults, I’m finding it hard to find any. Maybe one thing would be the use of the miniatures in the special effects. Ok CGI was unheard of at the time, but every now and then the miniature work is too obvious.


All in all, believe it or not, it’s actually an improvement on the first, better in every way. Another definite must see.
My rating 99%