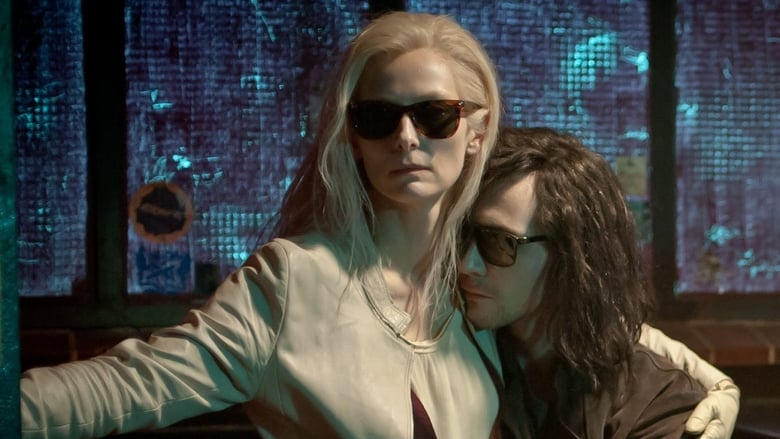 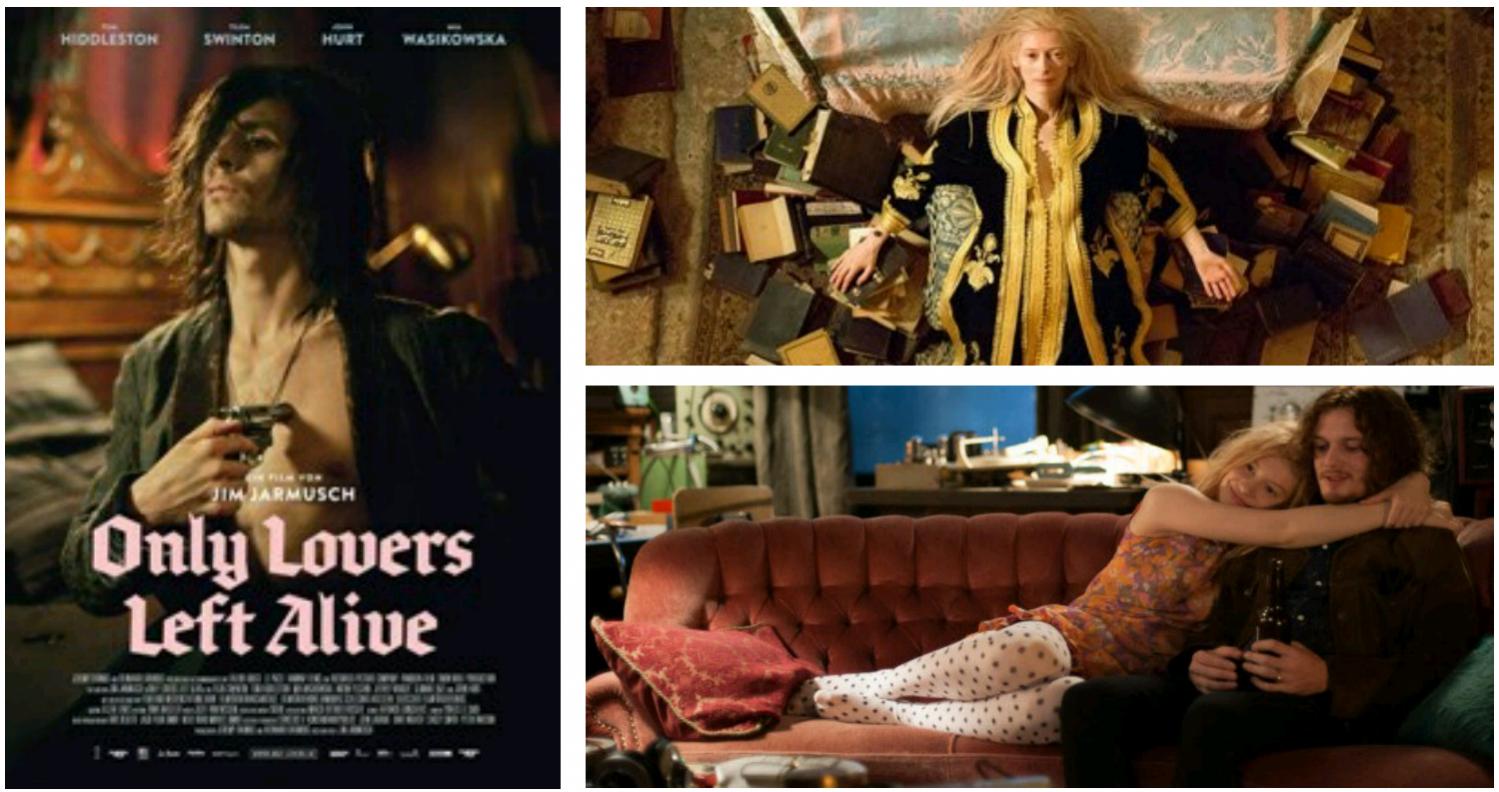 First let me identify myself as a Jarmusch fan. He is a droll and visual filmmaker who I have always liked, from Stranger Than Paradise onward. He's certainly not infallible, but even in his rare missteps, the biggest for me being Out of Control, I find so much beauty and wit on the screen, and when he's on target, I think he is just wonderful. Two of my favorites are Dead Man and Ghost Dog: The Way of the Samurai, which are ostensibly Jarmusch working in genre, specifically the Western and a Mob hitman actioner, but of course they are first and last Jarmuschian. So, why not Vampires?

Only Lovers Left Alive is sexy, subtly funny, often lovely, literate, and definitely Jarmusch. Tom Hiddleston (Thor's Loki) is Adam, a reclusive musician hold up in a dilapidated old house lost amidst the urban decay of 21st Century Detroit. He rarely ventures out into the world, his primary point of contact in the city being a young man he seems to trust to run strange errands and find rare instruments for him, played by Anton Yelchin (the Star Trek reboot's Chekov). And sometimes he'll stop by the hospital, unannounced in the middle of the night, to illegally purchase some O-negative blood from a doctor (the always welcome Jeffrey Wright). Adam is a Vampire, and has been for hundreds of years. He doesn't feed off of the regular humans anymore, who he dubs zombies, if he can help it, as our blood supply has become pretty contaminated and it can make him sick, or worse.

Adam has an Eve, played by Tilda Swinton, his wife and a Vampire even older than him, who turned him long ago. They love each other, but seem to do better primarily living apart. As the film opens, she is halfway around the world, in Tangier. Her main companion there is another Vampire, even older still, who they call "Kid", played by John Hurt, who is actually the Sixteenth Century author Christopher Marlowe, still bitter about Bill Shakespeare getting credit for his plays ("It was so political", he grumbles).

As it standard for a Jarmusch movie, there isn't much "plot" to speak of. Eve comes to visit Adam, and her reckless sister (Mia Wasikowska) comes unannounced, too. Also probably unsurprisingly, Jarmusch captures the tone of their immortality, bred of isolation and boredom, perfectly. And amusingly. The specifics of what these Vampires can or can't do is rarely examined. They can't go out in the sun and can move at superhuman speed, if necessary, and they must feed on blood regularly. But we don't need much more than that to get into the bizarre ennui and rhythms of the Jarmuschian undead.

For the uninitiated to the work of Jim Jarmusch, it's probably a good entry point, as long as you know going in you aren't getting Twilight or Interview with the Vampire. Which, of course, is its strength.