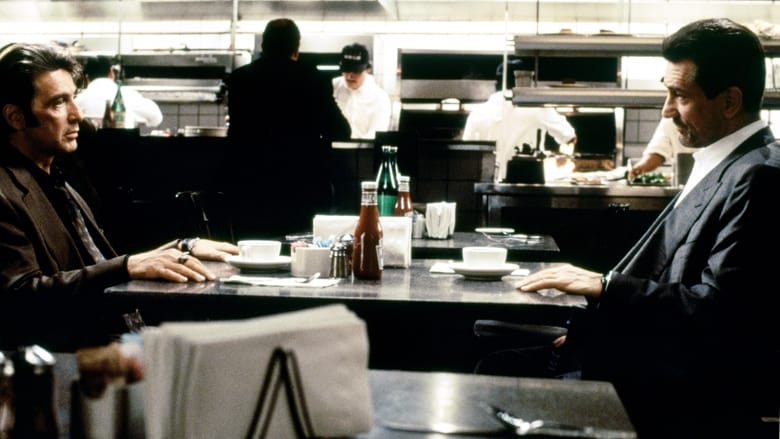 Well ya know, for me, the action is the juice.

Heat is a movie that has always reminded me of my big brother. I remember being around 8 or 9 at the time of its release. And I remember there being quite abit of buzz surrounding the movie. My brother was so excited at the time. He must of been around 18 and he was a huge Al Pacino fan. I remember him not stop talking about the movie, but at that time I was more interested in the power rangers than listening to him. Anyway, a couple of years later my movie world was turned upside down. No more Ritchie Rich, or Power Rangers. My brother introduced me to his movie collection and I've never looked back. Movies like Pulp Fiction, Goodfellas, Scarface, and Heat made there way into my dvd collection, and I soon found myself a huge Al Pacino and Robert De Niro fan.


Fun Movie Trivia
In a promotional interview for "The Keep", director Michael Mann stated that he wanted to see "Heat" brought to the screen (it was already written) but had no interest in directing it.

Heat has always been one of those movies I'd loved to have seen in the cinema. I would have loved to have been apart of the buzz surrounding this movie, and I would have also loved to have seen the dinner scene in which Robert De Niro and Al Pacino have there iconic scene. Even now when I watch the scene on Blu Ray I still get the tiggles. The scene is so intense, and very powerful. It's one of my favourite movie scenes of all time.

Michael Mann did a fantastic job with Heat. The cast, the story, and the concept worked amazing. Mann has always been abit hit and miss for me. I enjoyed Heat, Collateral, and Public Enemy's but everything was abit Meh. Out of all his movies i have seen Heat is by far his best work. It's on a whole other level to any of his other work, and it makes my top movies list everytime.


Fun Movie Trivia:
In the UK, the film was given a '15' rating for both its cinema and video release and passed uncut in both instances. It was re-released in 2000 with a new 'Underground Epics' video cover, bearing an '18' certificate. However, this was not a different version of the film - the content was the same as the '15' version. The '18' certificate was a mistake, and the video cover was withdrawn.

I see quite a lot people criticising Al Pacino's performance in Heat, and I don't understand why?. Okay his performance is over the top and shouty, but that fits his character perfect. He's a cop constantly on edge. His life is his job, his home is his work. And I think his performance really showcases how on edge his character is. Robert De Niro is fantastic (as always), the pair of these guys are two of the greatest actors ever.

Overall Heat is a fantastic movie, it has a great cast, great story, and some truly amazing scenes. This is another faultless movie to make my review thread.