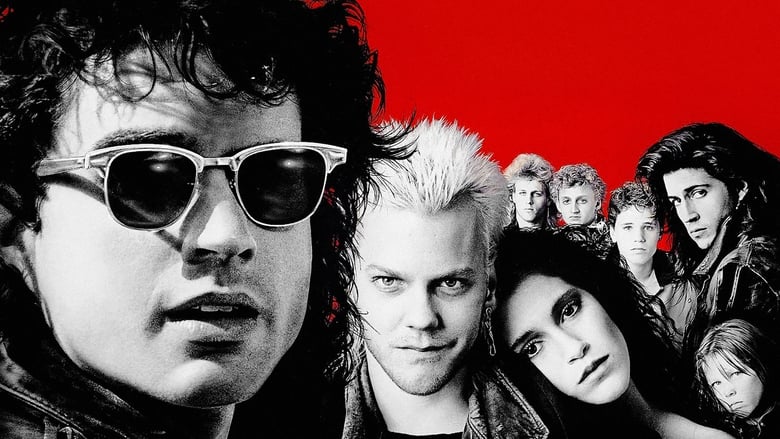 by Masterman
posted on 4/28/14
in
The Lost Boys
Directed By: Joel Schumacher 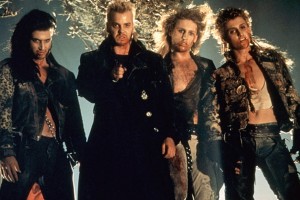 Where the hell are you from? Krypton?

Well after re watching The Lost Boys over this past weekend I thought I'd give this movie another review. I wrote a little something about this movie in another thread a while back. It wernt nothing special, so I've decided to give a little more detail as to why this movie is one of the greatest movies of the 80's. And why it's one of my all time favourites.

Growing up as a kid The Lost Boys was one of the coolest movies I'd ever seen. It was a movie I loved to watch, even tho it scared the crap out of me. Even to this day I consider it one of the coolest movies ever. It's camp, cheesy, daft, but yet it still holds up rather well. The Lost Boys has a great cast, great story and some wicked soundtracks. It's a vampire movie like no other, and it's a movie I will never get bored of watching. To be honest id go as far as to say it's faultless. Nothing can make this movie any cooler, or anymore entertaining (in my eyes).


Fun Movie Trivia:
Executive producer Richard Donner originally intended to direct the movie himself, but as production languished, he moved onto "Lethal Weapon" and eventually hired Joel Schumacher for the job.

The Lost Boys is a teen movie like no other. It's a horror movie with a mix of humour, and adventure. Sounds strange, but it works. The young cast are all fantastic, and the two comic book kids are brilliant (Jamison Newlander, and Cory Feldman). Every scene in which these two appear offers humour, they bring a lot of comedy to the movie and there my favourite characters on the screen. Kiefer Sutherland is great as the head Vampire. You probably couldn't picture it now if you haven't seen this movie, but he was the perfect person to play the role, and his voice is scary as fu**. He actually scared me as a kid!.....To be honest I loved the whole cast in this movie. Everyone brought something to the table, and I can't really fault anyone.


Fun Movie Trivia:
Kiefer Sutherland was only meant to wear the black gloves he wears as David when riding the motorbike. However, while messing around on the bike behind-the-scenes, he fell off, breaking his arm so he had to wear the gloves through the whole movie to cover his cast.
Overall The Lost Boys is one of my favourite movies of all time. It's fun, entertaining, scary, funny, it's actually everything you could want in a movie. It's great cast, wicked story, and great soundtracks make for an awesome movie. I can't say a bad thing about this movie to be honest.