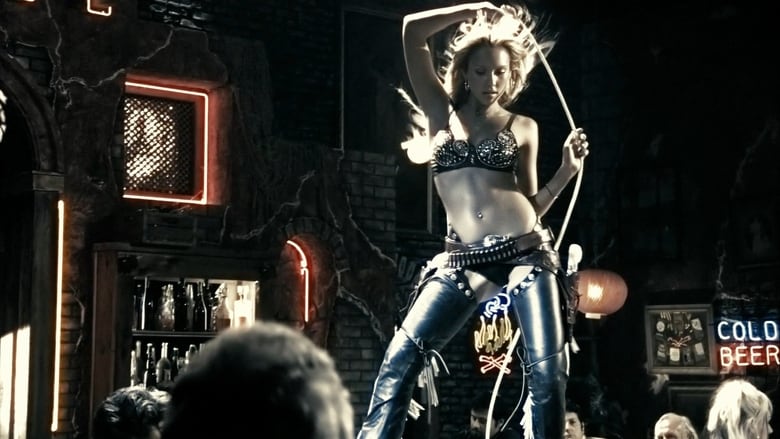 by Masterman
posted on 3/21/14
in
Sin City
Directed By: Robert Rodriguez

"I've been having so much fun, I forgot to take my medicine."

Directors Robert Rodriguez and Frank Miller planned each shot in the movie by using the panels from the original book as storyboard..

First off I want to say Sin City is one of my favourite comic book movies. I've stated before comic book/superhero movies are very hit and miss with me. I either love them or hate them, and Sin City is a movie I have nothing but love for. Sin City looks fantastic, its a comic book brought to life right in front of are eyes. It's a movie that defines style and is very unique in a special way. Robert Rodriguez has the potential to be a great director, what he done with Sin City was truly awesome. He just happened to spend most of his career making spy kids movies instead of really breaking the boundaries. The faculty, Sin City, and From Dusk Till Dawn all show what he's capable of doing.

Adrien Brody auditioned for the role of Jackie Boy.

Sin City follows 3 story's in glorious black and white (Looks awesome), it follows a huge selection of great characters, played by some of the biggest names out there. Bruce Willis, Michael Madsen, Clive Owen, Mikey Rourke, the list is actually endless of big names. Its actually amazing to see so many big names in one movie, all of which bring something unique to there characters. Mickey Rourke as Marv is fantastic. He's actually my favourite character in the movie. He's got some truly entertaining scenes full of action and violence, some of which are sickening. Sin City is by far Robert Rodriguez's best film, i actually can't wait to see what he has come up with for the sequel. It's certainly looks impressive.

Overall Sin City is truly remarkable film making. It's originality is something you don't see often. It's cast, and story are entertaining. And the movie itself is a truly magical ride full of violence, and action.

As each sequence of this film was shot separately, new cast members were added and incorporated in the stories throughout the production. In many cases separate footage was composited in post-production to look as if it were all shot the same day. For example: Marv (Mickey Rourke) takes Wendy (Jaime King) to Nancy's (Jessica Alba) home. Alba had not been cast yet when Rourke and King shot the scene; her footage was added in later. The same is true of the scenes between Marv and Cardinal Roark (Rutger Hauer) and Kevin (Elijah Wood), as Hauer and Wood were cast after Rourke had shot his scenes.