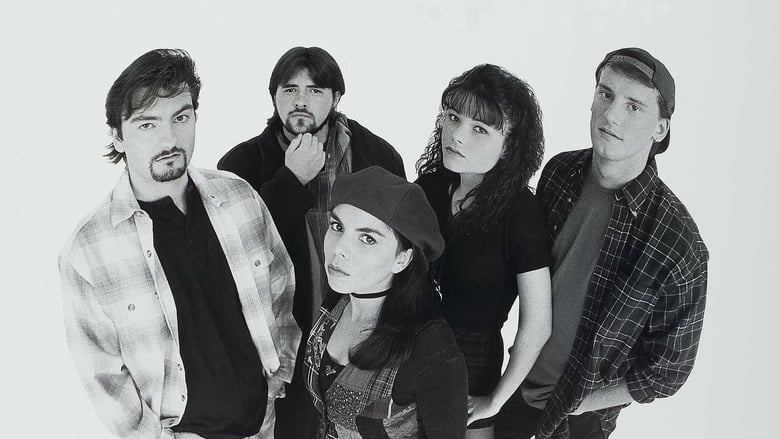 Dogma opened up the world of the View Askewniverse to me, and that of course meant I had to watch the rest of Kevin Smith’s filmography. Clerks was actually the third film of his I saw. Strangely enough it was also the film that took the longest for me to warm up too. By the time I saw my first Kevin Smith movie I had seen Kevin’s work where he had already began to grow as a filmmaker, whereas Clerks was the very bare bones beginning. Odd considering how high this movie is on my list, I actually thought Clerks was just okay the first time I saw it as compared to Dogma and Mallrats. It wasn't the black and white part (the fact that a film is in black and white never bothered me before). But I did have to get used to the fact that this movie had very little of the more cartoonish antics of Jay and Silent Bob from Dogma and especially Mallrats. And at this time I was a big Jay and Bob fan, I had to learn to love these two other guys who took up the most of the movie Dante and Randel; but given the performances of Jeff Anderson and Brian O Halloran that was not hard to do. And also this is a movie that is all dialogue and very little action.

But a rewatch did give me a much greater appreciation for the film, especially for Smith’s dialogue (which I adore) and for a good chunk of time was in the running for funniest film I ever saw with Blazing Saddles. So I have to give Kevin his due, he really helped me appreciate very dialogue heavy films. And not to mention these kinds of movies had a lot to do with shaping my personal sense of humor. I like a lot raw humor, the bluer the better. It is only natural this man’s films have a very high placement on my favorite movies of all time.