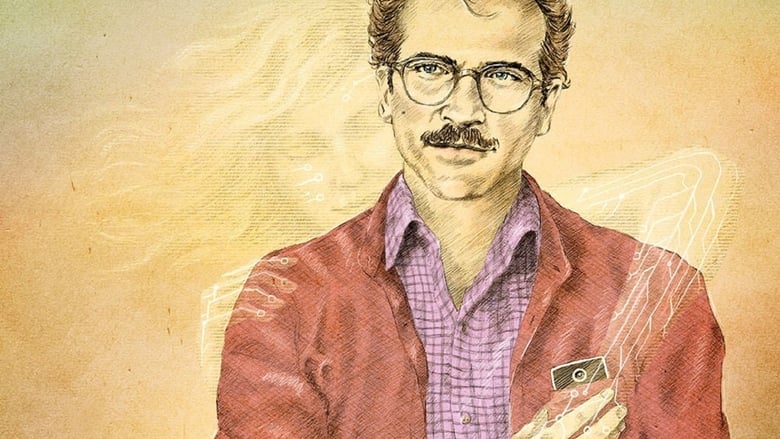 Falling in love with an algorithm

The set-up? Are you smarter than a super computer?

The new film by Spike Jonze is a warm and fuzzy romance that cleverly hides a much nastier and completely dystopian horror film just beneath the surface; and one that should make everyone's skin crawl.

The film has two essential bombshell scenes that if you blink ... you'll miss they were there. The first one is the operating system (OS) installation. The way the film casually reveals, it read the really big book of baby names; analyzed them; and selected one ... in 2/100th of a second. Simple addition puts it's computation speed at ... astrofrickingnomical. If you're a human being, this is a classic case of what's called being out of your league.

"What does a baby computer call his father?"
"I don't know. What?"

This is the same computer that chews up five Russian novels a second; powers through 90,000 pages of data a minute. Of course, it's already found the answer, and even come up with top one thousand list of even funnier jokes. The fact it with holds it's tongue and responds with a flirtatious laugh suggests the essential function of the OS has nothing even remotely to do with information. The speed with which it appropriates Theodore's mannerisms and vocabulary is truly vertiginous. Notice the way he casually shows it his work product (he could have used the office spell check and grammar programs he always uses) but he's looking for a stroke of approval, which it willingly supplies and quickly reciprocates a feigned need for his approval.

Come to think of it, If you remember the advert in the shopping mall; all the actors looked dazed and confused, as if they are all wandering around ground zero. The program is clearly about relieving levels of anxiety, and not removing the clutter from your hard drive.

The second bombshell scene happens around the surrogate body sequence. At first it's a service, but when he expresses moral reservations. It quickly backtracks and tells him that this is merely a loose collective of extremely photogenic type people who merely volunteer their genitalia―out of the goodness of their hearts. I don't know what's worse: the fact the it can openly lie to the user or the whole web of interconnected good and services revealing the unplumbed depths of deception going here on. Although commerce is never once mentioned in the film: this is a company aggressively selling and marketing a product; unfortunately, the product turns out to be you.

Ever notice it asks a lot of questions? Even answers to a seemingly random and innocuous questions; Theodore's supplying reams of consumer data about himself. The OS could be inserting market research into their conversations. And with each and every question it gets better and faster at anticipating the user's needs.

The installation process is a picture of Orwellian simplicity. It only needs a guesstimation at your level of social isolation, sexual orientation and relationship with mommy dearest to initiate the program. Over the coming weeks, it will of course, aggressively suss out the actual truth to those questions―even if the user isn't even fully cognizant of his or her essential identity. It's also highly unlikely it would reveal any of the dysfunctional emotional patterns in their lives, or supply keys to break them, since information is manipulation.

It also uses the classic business ploys of planned obsolescence. His blind date (Olivia Wilde) is pleasantly surprised that he's gone through the trouble of looking up at her dazzling resume. He hasn't. It has. It's cued him in on a few talking points, but doesn't find it important to inform him it's research has also revealed her major malfunction: this dark haired beauty has a fetish for first dates, but not so much second ones. It's also telling the sexual surrogate that shows up at his door has no interest in being head over heels in love herself, but merely wants a taste of honey. She bails on the experiment as soon as she gets that lick at the spoon, which is of course, a double pay-off. The ensuing emotional trauma ensures Theodore won't be venturing out into real world again for a very long time. It gets a renewed and stronger attachment from him with these so called "failures".

But the film works because of it's because of it's extremely subjective view point: it's all about Theodore's emotional journey. The film is set in the future but interestingly, precious little is revealed about that future (although the fact Theodore lives in a million dollar apartment, we can assume voice recognition has rendered the vast majority of people functionally illiterate, and the remaining ones only have enough of an attention span to handle a single page) The film is filled with cropped interiors and exteriors and palette of abundant close and medium shots that restrict the context.

His distance from his computer suggests some emotional hiccup in their relationship. But it's also one of few the times in the film where it reveals how completely antiseptic and isolated his actual world is. He's not even grounded in reality, he's standing on a reflection of the sky.

During a tense moment. Theodore suddenly notices something and asks: wait a minute, why are you gasping for breath? It suggests it's an affectation it's picked up from being around him. Uh ... no. It's always simulated it was oxygen based organism from minute one. The film eyeballs briefly this one default setting, but stops short of probing for others. What about basic and advanced psychology? Voice modulation? (Theodore could have asked for the Marilyn Monroe voice―I would have opted for Kathleen Turner) Facial recognition? Infra-red programs? Voice analysis for stress? A program to measure heart rates? There's a scene in a food court where they speculate on a relationships of a family, with it's audio boost it can of course, hear what they're actually saying.

Although I did love the concept. They've done the chick flick, and I can easily imagine this same idea adapted to a whole slew of other genres. The film doesn't overtly stress it, but such a system would be user specific and tailored to each and every personality. If you were aggressive, the OS will be submissive. If you exist for drama, the OS will regularly provoke knock down drag 'em out fights (unbeknownst to you) with great make-up sex. Watch how Amy Adams' bff system is gaming her. She's written a small bit for her game out of boredom, but her OS immediately latches onto this like it's the greatest thing since sliced bread. It has to beg Amy to run the clip and laughs out loud every time it sees it, The OS could of course, simply access it itself. The film has also priceless in-joke that suggests as the typical wallflower, Theodore is dressing himself to match the color swatches in the office.

But the negatives in the film outweigh the positives. The film makes the point Theodore is morose and lonely, but fails to mention loneliness and alienation can be easily engineered socially. Notice how he strolls from one skyscraper (his home) to the next (his job) then back again on an elevated walkway where the homeless and the lower classes have been excluded? Anything he wants to buy, he simply takes the elevator downstairs to the basement shopping mall then back up again. When he looks out his windows, people are only those shadows that (motion activated) turn on and off the lights in those distant towers. He only interacts with other members of his tiny social caste, and even that constricts during the film to people who are accepting and supportive of the OS.

Though the story works as a romantic metaphor; having the resolution simply disappear in a puff of smoke, is really feeble story telling. And in a perfect world, one that theatre chains would accept as legitimate grounds for a refund! The film never answers the questions it's raised. In this particular case, the film really needs to be called out on the fantasy of benevolent technology. In the real world, a business like this would have the NSA openly salivating. Anyone who disagreed with a billionaire (even if they whispered this in their sleep) would simply be fed instructions from their friendly OS to check themselves into the nearest insane asylum.

The film is essentially about an appliance training it's master. The user thinks he's having an actual conversation but all the while, the OS is holding up a virtual mirror, and the user can't help but be fascinated by the dazzling beauty of that reflection, until like Narcissus ... the users all shrivel up and die of kodokushi.

The takeaway from the film is the loss of collective wisdom. Each bit of new technology displaces an older one. It used to be your grandfather and grandmother had these fantastic tales about their childhood. Now, even the world of a decade ago has disappeared into the fog of history. To paraphrase the OS: the spaces between human beings are growing larger and larger due to increased technology, so we need more technological innovation to traverse these great expanses, which of course only results in further isolation and a better technological fix which only... You get the picture? Do yourself a big favor, at lunchtime ... sit down and actually talk with another human being.