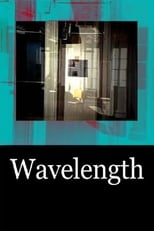 Release: Dec. 29th, 1967
Runtime: 43 minutes
Wavelength consists of almost no action, and what action does occur is largely elided. If the film could be said to have a conventional plot, this would presumably refer to the three “character” scenes. In the first scene two people enter a room, chat briefly, and listen to “Strawberry Fields Forever” on the radio. Later, a man (played by filmmaker Hollis Frampton) enters inexplicably and dies on the floor. And last, the female owner of the...

crumbsroom Or wishful thinking that someone else will come into this room and save us before the camera pushes straight into that black space that waits for us at the center of the wall, the center of the frame, growing in size, a photograph of outerspace.
READ REVIEW