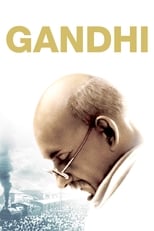 Release: Nov. 30th, 1982
Runtime: 3 hours, 11 minutes
In the early years of the 20th century, Mohandas K. Gandhi, a British-trained lawyer, forsakes all worldly possessions to take up the cause of Indian independence. Faced with armed resistance from the British government, Gandhi adopts a policy of 'passive resistance', endeavouring to win freedom for his people without resorting to bloodshed.

Iroquois Gandhi had some of that, because I was aware that Gandhi, despite his reputation as an influential pacifist and leader, still had his fair share of extremely unfortunate flaws and those were at the back of my mind for this film's considerable running time.
READ REVIEW