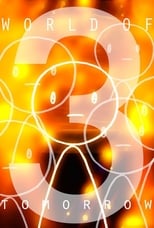 33 Sky Captain and the World of Tomorrow
This film has really got me excited. It's a Roland Emmerich film (Independence Day and Stargate, which were alright, I guess), and it looks VERY stylish. It's about the invasion of 1940's Earth by...w...
7 David Fincher's Next Project... 'World War Z' Sequel?!?!
WHAT ...