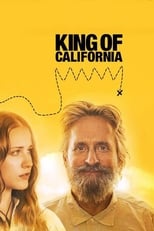 Release: Jan. 24th, 2007
Runtime: 1 hour, 33 minutes
Charlie gets released from an insane asylum and moves in with Miranda, the young daughter he left behind. Charlie believes that there is treasure hidden beneath the local Costco, so he puts together a plan to unearth the loot. By convincing Miranda to quit her job at McDonald's and instead work at the wholesale store, he is able to obtain a key. Although Miranda is skeptical, she helps her father with his irrational quest.

Gideon58 We admire Miranda's independence, but Charlie is so darned likable that we really want to see he and Miranda mend fences, as old and rickety as those fences might be We want this to happen because of Michael Douglas' colorful performance in the starring role, a performance that endears the viewer ....
READ REVIEW