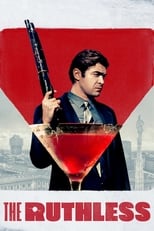 Release: Apr. 8th, 2019
Runtime: 1 hour, 52 minutes
Milan, Italy, 1967. Santo Russo, a boy of Calabrian origin, arrives north with his parents and younger brother to find better living conditions. Due to an absurd misunderstanding and his father's contempt, Santo ends up in prison, where he gets a “true education.” In 1978, he and his friends Slim and Mario embark on a 15-year criminal career, a successful and ruthless spiral of robberies, kidnappings, murders and heroin smuggling.

2 Ruthless...a female John Wick?
"Amblin Entertainment is getting into the assassins game. Steven Spielberg's company has picked up the script to Ruthless, which is being described as a "female John Wick." San Andr...

pahaK The Ruthless would be very typical and cliched story of a boy who almost by accident becomes a ruthless gangster but its disjointed nature and terribly broken narrative separates it from the masses.
READ REVIEW