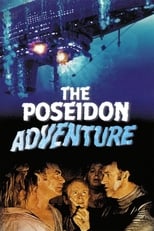 Release: Dec. 13th, 1972
Runtime: 1 hour, 57 minutes
The Poseidon Adventure was one of the first Catastrophe films and began the Disaster Film genre. Director Neame tells the story of a group of people that must fight for their lives aboard a sinking ship. Based on the novel by Paul Gallico.

1 Poseidon Adventure (1972) rewatchability
A while ago I watch towering inferno and that movie holds up. All those ariel shots are super effective. Can anyone tell me if poseidon adventure with gene hackman holds up for viewing ?...