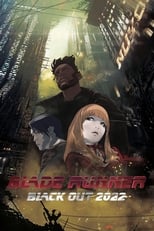 Release: Sep. 26th, 2017
Runtime: 15 minutes
This animated short revolves around the events causing an electrical systems failure on the west coast of the US. According to Blade Runner 2049’s official timeline, this failure leads to cities shutting down, financial and trade markets being thrown into chaos, and food supplies dwindling. There’s no proof as to what caused the blackouts, but Replicants — the bio-engineered robots featured in the original Blade Runner, are blamed.

We didn't find any linked discussions for this film. Here are the results of a quick search of possibly related threads:
160 Blade Runner
View Spoilers WARNING: "Blade Runner" spoilers below Last week I was talking to a friend about this great movie. He tells me that the Harrison Ford character is a replicant! H...
11 Blade Runner
Which version do you suggest me to watch in order to have the best experience as possible? The Final Cut (2007) Directors Cut (1992) International Version (1982) Theatrical Version (1982) thank you ...
20 Blade Runner Replicants
Major spoilers of the movie below!!! Hi guys, I recently had an opportunity to see Blade Runner on the big screen. It's the third time I've seen the film now and there's this one thing I started...
4 Blade Runner Question
The scene where Captain Bryant is trying to convince Deckard to hunt the Replicants. Deckard turns to walk away and Bryant says; "Cmon, if you're not Cops you're little people" Deckard...
1 Does Blade Runner 2049 get better?
Hey guys. So I'm 40 minutes in the newest Blade Runner and it's already a drag. Opening scene with Gosling and Batista was great but since then things have slowed down, or even ceased to move. Before ...