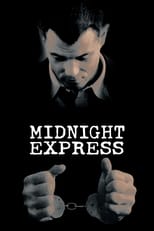 Release: Aug. 31st, 1978
Runtime: 2 hours, 1 minute
Billy Hayes is caught attempting to smuggle drugs out of Turkey. The Turkish courts decide to make an example of him, sentencing him to more than 30 years in prison. Hayes has two opportunities for release: the appeals made by his lawyer, his family, and the American government, or the "Midnight Express".

We didn't find any linked discussions for this film. Here are the results of a quick search of possibly related threads:
3 Midnight Express
i just saw this movie and let me just say i wasnt blown away. To be honest one of the worst prison break movies ive seen. I was expecting amazing acting , good story , etc it really isnt as good as pe...
0 The Express
CAST: Dennis Quaid Rob Brown Clancy Brown Darrin Dewett Henson Charles S. Dutton Justin Martin Geoff Stults Walker Howard Saul Rubinek Ridge Canipe PLOT: A drama based on the life of college footbal...
1 Polar Express
Well the trailer came out, u can check it out at this link it looks pretty good....
17 Pineapple Express
The new Apatow (apathow?) film pineapple express is looking good. stars Seth Rogan and James Franco, set to release in summer 2008, I'm not sure what it is about, but heres a hilarious clip. got...
54 Pineapple Express
PINEAPPLE EXPRESS 2008 - David Gordon Green Thank goodness television executives were too stupid to understand Judd Apatow's greatness when they had him. Maybe most surprisingly in this story of in...

Gideon58 Loved the beginning of that scene where Billy's dad has his head on the desk waiting for Billy to be brought in and when he hears the gates open and his head pops up, it's so clear that this man has been through hell, spending the last couple of weeks crying and not sleeping and terrified about his ....
READ REVIEW