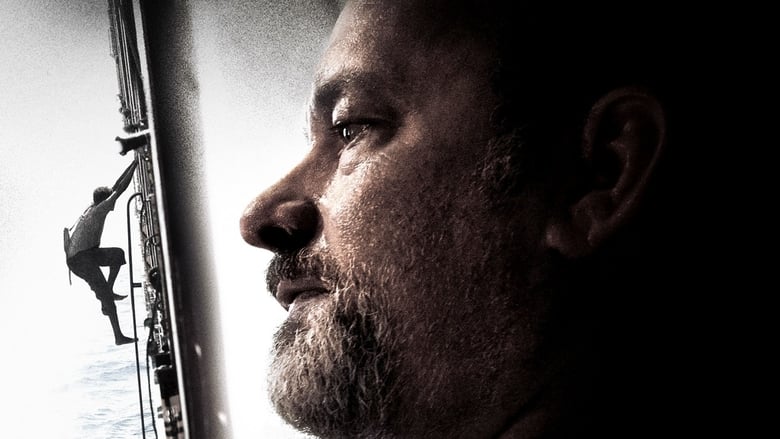 Between the devil and the deep blue sea

The one sentence review: A rather gripping drama.

Advance word for this film was that some people in the audience were being carted out on stretchers, the suspense being so nerve wracking, their bodies couldn't handle the intense emotional strain the film delivered. Good God! This was a bit worrisome. Would my feeble heart be able take this action adventure? I had trouble sleeping the night before; I tossed and turned all night with the single thought resonating unbearably in my mind: would the greatest military machine in history (America literally has a thousand foreign military bases) prevail against ... four barefoot Somalians? The suspense was killing me bro, almost.

Hollywoodland. Whatever the budgets be for these lumbering widgets they call films: whether 80 mill; 100 mill; or 120 million dollars per film, the end product is usually the same, they all have about the same caloric equivalent of a day old twinkie. Full of CGI and noise; perfectly constructed fluffs of fantasy and propaganda that signify nothing. Any kind of social revelance is carefully replaced with false corporate myths of mindless consumption, irrational hero worship and complete docility to the overlords, however vicious they may be.

So imagine my astonishment when I began to notice during the film—perhaps in their haste to complete the film? The filmmakers had forgotten to excise the obvious political content within their story: which was being boldly revealed through drips and droplets and finally, splatters of blood.

First of all, they actually state the obvious: first world corporations have created the economic dead zone by over fishing the Somalia coast—not a problem for them, the world is their oyster, they can move on to greener pastures; but massive misery and suffering for the actual people who have to live there. What do you when the natural resources of your environment that has sustained your community over several lifetimes—if not centuries, simply disappears because of a corporate bottom line in some country half a world away? Where's the justice here? The irony being the vast majority were not even businessmen but simply decent guys trying to put food on their table for their families. What do fishermen do when their waters are empty of all bounty? Well, if you're a skinny; first you sit on the beach, bitching and moaning, watching those floating behemoths cruising back and forth on the horizon, until a faint idea eventually crosses your mind ... there's gold in them thar barges. What about a five fingered discount? Or perhaps even a bit of swashbuckling?

Granted, some of the other ideas are only faint impressions that zip by rather quickly in the film. But as film goers we can easily cast our minds back to the last great Somalia film: Black Hawk Down. Where one Somalian War Lord bitch slapped America so badly, they've never been back. We can easily imagine in the situation rooms all over Washington, everyone is sloshing around in rubber boots, because the specter of an American hostage situation playing out in the media has scared everyone completely witless. That doomsday scenario can not play out. We can easily understand where the urgency and panic is coming from and why they've unleashed the military, sight unseen of any kind of plan.

Also notice how they actually tow the lifeboat quietly back out into international waters? Dealing with the Somalians in their own sovereign territory would cause immense legal head aches, not to mention an international scandal. On the high seas, one can impose one's own brand of tough street justice.

There's a situation in the control room after the Somalians board the ship when they threaten to kill one of the crew members in order to get their way and Phillips is quite adamant (One can become surprisingly articulate and philosophical about the misuses of violence when the violence is aimed at you) Phillip says there has to be a better way. Using violence to solve your problems is wrong! They relent and agree with him. But compare this tense showdown to the one at the end where the aim of the filmmakers seems actually get the audience to cheer and exalt sadistically at the blood lust.

Although our eponymous hero is American, the cavalry is not coming because of some trick of birth. Phillips value exists only as chattel; as a low level manager of some private corporation; this affords him a modicum of self worth. It's a rare moment in film when you can actually step through the looking glass and see the real world being portrayed up there on the screen. Despite endless lip service to freedom and democracy; one can clearly see how the American military simply functions as brute force for private corporations, securing areas on a global scale for revenue extraction and massive transfers of wealth through mass murder or the threat of mass murder.

Although the precariat has been represented in European films for some while now, this was the first time an American production filled in the blanks to such a degree. Indeed, all the ordinary people in the film seem to be united by starvation or the threat of starvation. During a tense moment in the lunch room with his own lazy *ss crew (who after lounging around all day in their pajamas, drinking the company's gourmet coffee and sprinkled donuts) actually have the nerve to start whining about being murdered on the job. What a bunch of pansies! Phillips quickly threatens to jettison overboard, anyone or everyone at the next stop and replace them with workers much more docile and accepting of their life span within the free market economy. Ironic, since in an earlier scene, Phillips expressed his own anxiety over his continued employment with the company; one slip up and he knows he's gone. He's seen the line of people, waiting in the wings, willing to accept three quarters or even half his pay for the same duties. He despairs for his own children's bleak future in world where all workers are being reduced to the status of part time stooges. This film may have gotten a higher mark had they managed to slip in the overt allusion to just who the actual cutthroats are in this world of ours. Workers of the world unite!