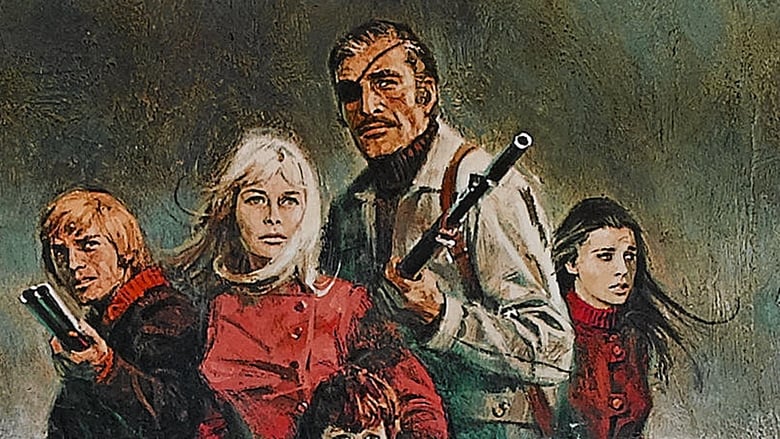 No Blade of Grass

No Blade Of Grass (Cornel Wilde, 1970)
As a fan of seventies dystopian sci-fi cinema; No Blade Of Grass has understandably been on my to buy list since Warner Archives released the film last October. Unfortunately early reviews reported a fault with the discs (a reel mix up resulted in scenes out of order) and I decided to hang fire for a few months until I could be sure Warner had fixed the problem, and recalled faulty stock.

The film was adapted from a 1956 novel by British author Samuel Youd under his pseudonym John Christopher and originally titled The Death Of Grass, before being re-named for the US market. It's a story clearly influenced by John Wyndham's 1951 classic The Day Of The Triffids considering the plant related apocalypse and ensuing cross country struggle for survival. Curiously however Cornel Wilde's film adaptation is equally evocative of Ray Milland's post-nuke adventure Panic In The Year Zero (1962); a film unofficially based on Ward Moore's short stories Lot (1953), and Lot's Daughter (1954).

The plot concerns a deadly virus that kills all types of grain producing land grass, and which spreads from Asia, to Africa and Europe plunging the world into famine. As the crisis grips Britain; architect and ex-military man John Custance (Nigel Davenport) flees London along with his civil servant best friend John Hamill (Roger Burnham), and their families. Together the group attempt to travel north to Scotland where Custance's brother owns farmland in a secluded valley yet to be ravaged by the virus. Along the way they encounter hostile factions both military and civilian as the country descends into anarchy. Custance and Hamill quickly learn they must become ruthless killers if the group are to survive in this new world. A philosophy gladly enforced by Pirrie (Anthony May), a psycho who joins them after murdering a London gun shop owner for much needed supplies...

Marijuana jokes and Wilde's more celebrated The Naked Prey aside; No Blade Of Grass is not a great film for many reasons. Here Wilde approaches the material with all the subtlety of a wrecking ball piloted by Rod Hull and Emu. We get heavy handed shots of factories spewing out pollution, and birds floundering in oil spills; as well as rough shod pacing that sometimes looks as though an editor passed out head first onto the proverbial fast forward button. There's some nice Lake District scenery, and Nigel Davenport delivers a passably stiff upper lipped keep calm and carry on performance as the eye patch sporting leader. But the rest of the 'good guys' veer wildly (no pun intended) between gung ho overbearing melodramatics, and all out hysteria. Fortunately Anthony May is right on the money as Pirrie - the trigger happy lunatic who proves just as useful in a fight as he is a perpetual threat to the group dynamic. Equally entertaining is the late Wendy Richard (Pauline Fowler to us Brits) as Pirrie's trash talking floozy wife. A common-as-muck-cockney-sparra' who'd be more than happy flashing her thrupenny bits whilst her neanderthal beau stamped your head into raspberry mush. It's here I must clarify that we never get to see Wendy's bosoms - though she states in her autobiography that Mr. Wilde did try and persuade her to wear a see through blouse for the role. Yes No Blade Of Grass screams exploitation as we're treated to comic book sleaze and violence from the outset. The film works on these b-movie terms, and is never less than entertaining considering the constant parade of murder, rape-revenge, marauding bikers and Peckinpah-esque shootouts. You could almost argue this is seminal when considering later hard edged post apocalyptic films of the seventies and beyond. Elements of George A. Romero's The Crazies (1973), Dawn Of The Dead (1978) and George Millar's Mad Max (1979) and Mad Max 2: The Road Warrior (1981) in particular would seem to be at least in-part inspired by Wilde's near forgotten film. Not surprising No Blade Of Grass has ended up on grindhouse compilation trailer reels and if you like the look of what you see there; chances are you won't be disappointed.
» More about No Blade of Grass
» More reviews of No Blade of Grass
» More reviews by Used Future