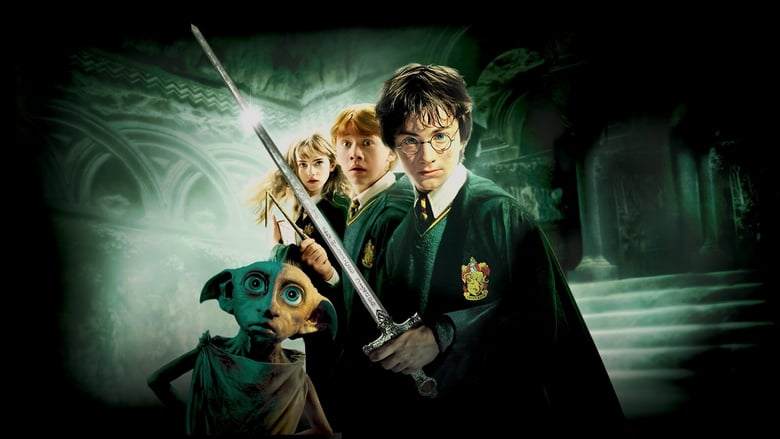 Harry Potter and the Chamber of Secrets

Connor Macgregor Reviews...Harry Potter And The Chamber Of Secrets

The Potter Series takes a dark turn in the 2nd installment...is it as good as the first ? lets find out.

Forced to spend his summer holidays with his muggle relations, Harry Potter gets a real shock when he gets a surprise visitor: Dobby the house-elf, who warns Harry Potter against returning to Hogwarts, for terrible things are going to happen. Harry decides to ignore Dobby's warning and continues with his pre-arranged schedule. But at Hogwarts, strange and terrible things are indeed happening: Harry is suddenly hearing mysterious voices from inside the walls, muggle-born students are being attacked, and a message scrawled on the wall in blood puts everyone on his/her guard - "The Chamber Of Secrets Has Been Opened. Enemies Of The Heir, Beware" .

What for a while i thought was the darkest HP story. Now i am not too sure. The film is great. Hogwarts faces a threat from inside the walls. Who Is Tom Riddle ? An excellent name for an excellent character for which we know so little about. The Chamber Of Secrets is a very mysterious story with a lot of uneasiness and loyalty tested. Is Harry Potter really that heroic ? Is he not what he is ? Harry faces isolation and loneliness because of the fear of this unknown chamber that unleashes horror. Its a very nightmarish story.

The acting is good in this. Radcliffe,Grint and Watson up their first performances and do a splendid job of maturing the characters. Richard Harris wasn`t as good but the guy was dying for godness sake (Yes he was dying but vowed to finish the role). Jason Issacs as Lucius Malfoy was a charming sly performance. You can tell that there isn`t anything pleasant about him. Not many other performances apart from Kenneth Brannagh as Gildory Lockheart who is just a great comedic character that helps keep the story light.

Overall great effects,chilling horrorish story and great acting,HP2 is just as good as 1 if not better. Do take a look for Dark Fantasy Horror.