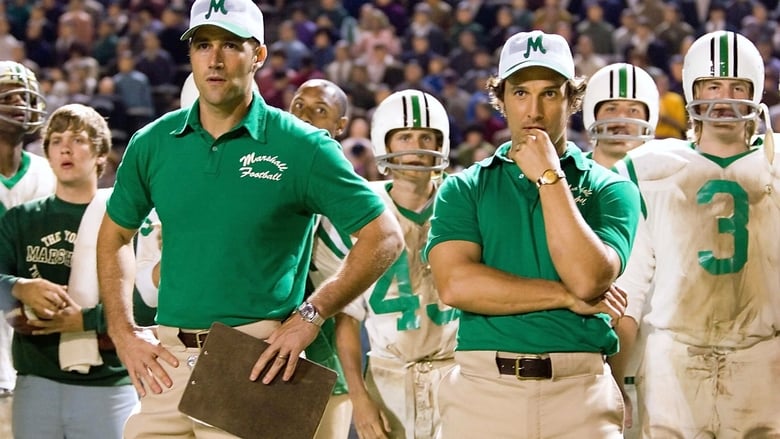 by Gunny
posted on 11/15/10
in
We are Marshall was on late last night. I've seen it before but always watch it when it's on. It's an excellent movie. One of McConaughey's 3 best films.

If you've never seen it I recommend picking it up. It's about the season after the 1970 tragedy where Marshall's team plane went down killing everyone on board. The only players on the team who didn't die were 4 players who didn't make the trip (one of the players overslept and missed the plane).

The movie centers around Marshall trying to get enough players to field a team for the next season and hiring a new head coach as well as the season itself. It also focuses on them trying to get the NCAA to allow them to play freshmen, because if they weren't allowed to they wouldn't have been able to field a team.

I love this movie. It's extremely emotional and yes, my hard-ass even shed a tear during it. McConaughey gives a great performance as the head coach as well as Anthony Mackie, who plays one of the 4 surviving players and pressured the university to have a season when most didn't want to. The actor that played the blind man (Whistler) in Sneakers gives a very good performance as well as the school president.

When I see McConaughey in this movie (as well as A Time To Kill) I scratch my head and wonder why he doesn't pick more roles like this as opposed to the cheesy chick flicks/date movies he always plays. McConaughey nails this role and shows he has great talent when playing the right role.