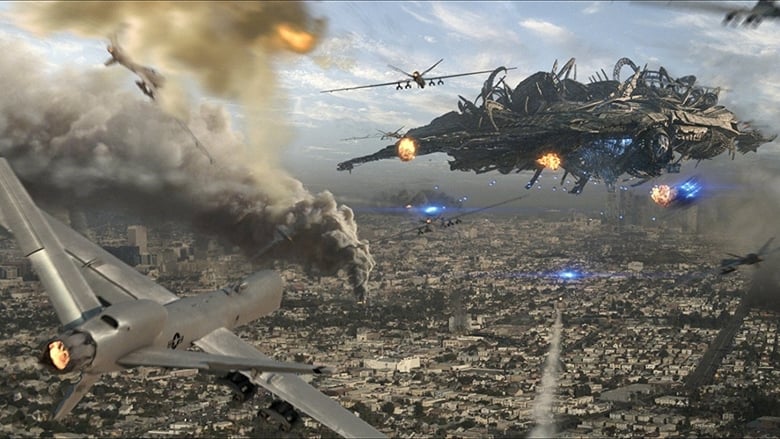 The problem with science fiction is that regardless what topic you choose, you automatically have to assume the audience understands that they cannot argue with certain logic of whatever you make up for the sheer fact that they don’t know. Now, it’s from this point the artist can move towards making the audience forget about it, or taking advantage of it. The Strause Brothers chose the latter route, and I’m pretty sure it was accidental.

In their film Skyline, a first screenplay written by two visual effects men (Avatar, AVP: R), we have a complete alien takeover. Not necessarily anything new in of itself, but an explorable topic. The pro is that the writers opted for a more realistic version over some pseudo-catastrophe-yet-everyone-lives like Independence Day was and really made the audience feel as though there’s absolutely no way to save yourself…and that feeling was impacted due to a crescendo of disasters following glimmers of hope. The con is that they didn’t explore the theme of a takeover other than the takeover. I suppose this adds realism to the fact that we wouldn’t know why or what but it would’ve been nice to at least touch on the source of the aliens or something to that degree so as not to give exposition for literally why they came. Also, there were a handful of repetitious sequences between aliens and military that could’ve been altered just slightly to remain fresh enough to where I didn’t notice it so blatantly.

Needless to say, the visuals were the supreme highlight, and judging from who wrote the film, I would say the film was written around some great effects they came up with in their spare time because the dialogue is fairly amateur. Thankfully there are only a number of facepalm acting moments. Other than that, it’s just a usual script with the same mistakes you’d find in an intro-screenwriting classmate’s work.

On that note, the film did give us something to talk about. The power and technology of the aliens is rather daunting, moreso than before, and especially because of the last scene I feel that a new chapter in alien philosophy could be approached. There’s nothing more I can say without giving away the handful of secrets, but it’s thought provoking enough to the point where I wondered if it could be commenting on, the possible outcome of searching for aliens ourselves, or, again because of the last scene, our universal attitude and where our minds can lead other beings. It’s safe to say AVP: R was a joke compared to this…but it was a joke anyway.