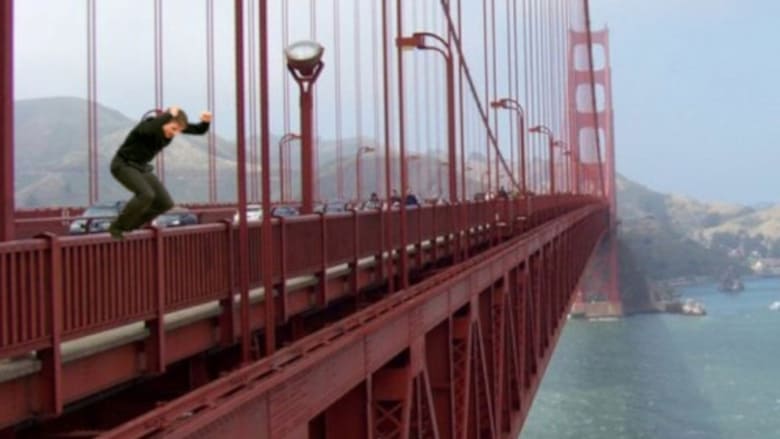 This documentary deals with the topic of the Golden Gate Bridge in San Francisco and why it is the most popular suicide destination.

Firstly let me state that this documentary shows actual footage of suicides from the bridge, and as such most people will probably be well advised to give this film a wide berth.

The crew filmed the bridge from two different camera positions for the whole year of 2004, recording all of the two dozen or so suicides, and preventing several others.

On release the film was given a bad press for cashing in on peoples ultimate act of misery, and for being exploitive, but if you can handle some very haunting and heartbreaking scenes, the documentary is well worth a watch.
The film also explores why so many people choose the bridge as their final act, it deals with the families and friends of jumpers and tries to give an insight into why perhaps the jumpers had chosen to end their own lives.

The director has made a concious decision not to make any judgements or rash insights into why people choose to end their lives in such a public place and what drives them to do so.

This is an intelligent and compassionate attempt to spark lively debate on a taboo subject, it will not be to everyone's taste, but its a haunting piece of filmmaking that has never really left me, indeed any time I see the Golden Gate Bridge it reminds me of the film and the sadness I felt after watching it.